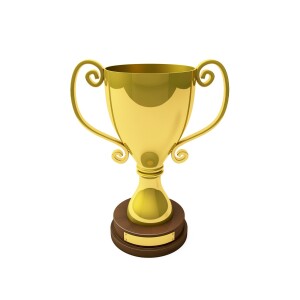 Dhoni: I lost in Auckland.
Srinivasan: Don’t worry, I won in Dubai.

Srinivasan should step down as BCCI President.
–>Becomes ICC President instead.
Chennai Superkings should be scrapped.
–>He’ll do so and simply launch Chennai SuperEmperors instead.

Detractors: You have no moral right to be BCCI President.
Srinivasan: OK! Let me be ICC President instead!

India, England and Australia try to form ICC super group.
With the way we are playing, I think we should form a super group with Bangladesh and Zimbabwe instead.

On foreign soil in Tests, the only question to be asked is whether the Indian team as a whole will cross the individual score of the highest Opposition batsman.

Ishant Sharma is like a salesman.
The moment he feels he has met his target of wickets, he takes it easy for the rest of the quarter.

Knock Knock!
Who’s there?
Snowden.
Snowden who?
So no then to all my asylum appeals you spineless countries?

Knock Knock!
Who’s there?
Dhoni.
Dhoni who?
Don’ you even think of giving up before the last ball!

· February Chennai India-Australia Test report…
Michael ki cycle stand giri. No time to Siddle down as they Wade through tricky waters for Hughes defeat. Starc contrast between the two teams, as Lyons become lambs. It’s a Warner for the remaining Tests as they Ed to Hyderabad. Spin’s in: It’s elementary, my dear Watson!

· The curse of 2 Test Triples?
Lara was in and out of the team.
Gayle was dropped for ages.
Sehwag looks on his way out.
(Exception: Bradman)

• GB Shaw remixed: Cricket is a game played by 22 fools, watched by 22,000 spectators, followed by 22 crore people on TV and has probably generated 22 billion useless status messages by now.

• Dravid and Laxman have ruined it forever. After Eden 2001, fans always believe we can make a comeback from the most hopeless of situations.

• Even myths on decline…
Sachin scored only two Test 50s in 2012.
India lost both matches.
New myth: Whenever Sachin scores a 50, we lose.

• Waiting for the day when the BCCI will ban the ICC for not following its rules.

• In 1675 Captain Cook discovered the South Sandwich Islands.
In 2012, Captain Cook converted the Indian attack into a Sandwich and had it for lunch as India went South.