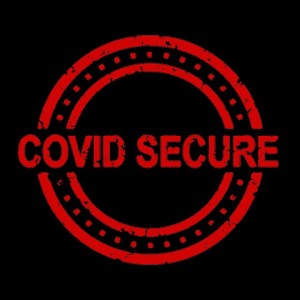 While there has either been less or inconsistent testing and some fudging of data here and there, one thing you simply cannot hide is Covid-19 deaths. They may even have been jacked up due to co-morbidities. Billionaire Elon Musk joked on the Joe Rogan Show that if a man got eaten by a shark and they recovered his hand and it tested positive, it would be put down as a Covid death. A recent US motorcycle accident death was indeed put down as a Covid death.

That way India has a population of 1.35 billion is still not a fully developed country with an inadequate healthcare system with problems of general indiscipline among the general population and also problems of awareness, especially in the rural areas. Then there’s the fact that everyone in the world in their lifetime will either catch the flu or cold or some sort of Coronavirus. No matter what you do, billions will eventually catch Covid-19. What exactly is flattening the curve? The Smallpox and Polio viruses have been around for thousands of years before they came under fully control. Every curve eventually goes flat. What is the correct time frame to know you’ve done well and beaten the worst-case scenario?

There’s no point really focusing on number of cases, number of tests and the like. China is the largest population in the world but we will never get the exact statistics beyond the Bamboo Curtain. So no matter what we do, no matter how well we manage, India may still emerge as the country with the most official Covid-19 cases.

There’s one statistic that is probably the most important and the least discussed.

That is the true nature of how we are doing because Covid deaths may be boosted up but very difficult to hide and the “per million” part equalizes all countries. How does India fare with regard to that? As of the time of writing this article San Marino has the highest rate but let’s discount that due to the fact that it is so small. At No. 2 is Belgium at 845 deaths per million. Strange that there is so little talk in the media about that!

Where does India feature? At 100th position with 19 deaths per million! So in that case, 99 countries are worse off than us. It was reported that the first Covid-19 case was in November 2019, even though it was confirmed in December. There was talk of some people flying into India January 2020 end and it really became a talking point in February. Now it’s mid-July and we are still doing better than 90+ other countries.

Who knows what will happen next month, but it seems under control as of now. Plus all of India is not affected equally but there are a few dozen hotspots all over India only and the rest of the country is doing much better than most parts of the world. So what’s the reason? Did we conduct the first lockdown at exactly the right time? Is it genetics? Is it climate? Is it geography? Is it a weaker strain? Is it luck?

Either way India seems to have escaped the full wrath of Covid in the first half of 2020. Let’s see what happens in the second half.