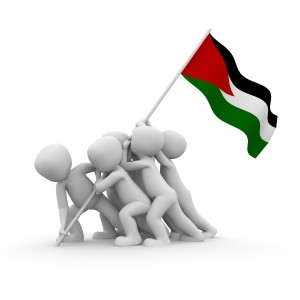 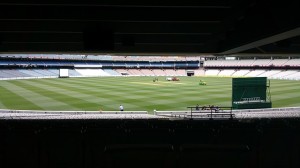 Have you seen the Rocky series?
Sir Ravindra Jadeja: No I am busy creating the Ronchi series.
There’s already Ronchi 1, 2, 3 and 4.
I am looking forward to Ronchi 5 in the next match.

ICC Test No. 1 rankings began in 2003.
Ganguly-Dravid-Kumble couldn’t take us past No. 3.
Now both Dhoni and Kohli have taken us to No. 1.

Our bowlers carry our #SurgicalStrikes against Kiwi batting and Pakistan loses the ICC Test rankings No. 1 battle to India.
#IndVsNZ
Headline…
MS Dhoni Biopic makes Rs 66 crore in first weekend.
All I see is Dhoni and 6 6. Makes perfect sense!

Pak began Kashmir terror group policy 9 years before they officially became a nuclear power. A year after they lost a war.
N-threat is irrelevant, India’s tolerance the key.

The two biggest stakeholders of the Pakistani Army are America and terrorist groups.
The government is a mute spectator.
Who will you talk to?

Kashmir has already destroyed Pakistan and hasn’t even realized it and still claims Kashmir.

You have to instantaneously solve the Kashmir problem. That’s what you were voted for. #AccheDin in Kashmir too.
For this remember….
1. You cannot declare war on Pakistan.
2. You can’t indulge in any form of conflict with them.
3. You can’t do hot pursuit into PoK which is in fact 100% Pakistani land.
4. You can’t even call Pakistan a terrorist state for the poor ole country is a victim of terror.
5. You can’t break economic ties with Pakistan.
6. Bus/train services should continue as should the exchange of artists/intellectuals/journalists.
7. Forget pellet guns, the entire Army should be withdrawn from Kashmir.
8. You cannot even dream of touching the Indus Water Treaty let along changing it.
9. All Pro-Pakistani elements in India should be strengthened.
10. All ultra-nationalists and those shouting pro-India slogans should be jailed.
11. Balochistan is a terrorist province troubling the poor peaceful people of Pakistan. Please leave the issue alone and stop raising it.
12. All terrorists in Pakistan are freedom fighters.
13. Please release all those accused of terrorism from Indian jails and abolish the death sentence only for terrorists.
14. Stop your stupid bravado and become more humble to Pakistan for it is a superior civilization.
15. Send our cricketers to Pakistan. If they are that patriotic then they should be able to brave bombs there. Get their cricketers here and give them double fees for IPL.
16. Never ever raise all the failings of all the Congress leaders from 1947-2014.
17. The spiritual homeland of our Communists is China, so behave with them too to solve the Pakistan problem.
18. America has ruined Pakistan, so stop your stupid bromance with Obama.
Please keep all these things in mind and solve the Kashmir problem immediately.
You have already been Prime Minister for a whopping 28 months now and have totally failed.
It might be a good idea to step down and get BJP to withdraw from the snap polls and let Pappu become Prime Minister and Kejri LoP. They are India’s only hopes.
No thanks and not much regards,
#AdarshLiberals