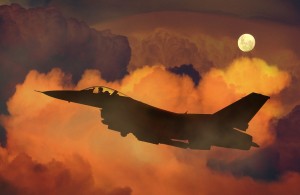 We returned to Jodhpur after a gap of seven years to find that a lot had changed. The population had crossed two million; sleek shops, showrooms and star hotels were mushrooming.

Change is inevitable and we took all this in our stride, but we were really disappointed to find that the wonderful open-air cinema had shut down and was gathering dust. It was something we all had eagerly looked forward to. But the projector no longer lit the screen. There were no movies, no crowds, no steamy samosas. Instead, a cold and deserted structure stared at us and the samosa hut was full of cobwebs.

I still remember sitting in the roofless, wall-less cinema which had moodas (straw chairs) on its circular cement steps as a substitute to the normal theatre seats. For us, it was a joy just being there in the open watching the big screen. If you by chance got bored with the movie, there was always mother nature to turn to. Movies used to start in the evening and one could enjoy the cool breeze, watch trees swaying in the background or observe clouds traveling across the sky. Those in the uppermost row were at liberty to turn back and watch proceedings elsewhere and we actually went to the open-air cinema for a sort of double entertainment.

The best movies used to be brought to town in those days , catering to all tastes. English specials and Hindi masala, classics and new releases. All this with a daily change. Anarkali to Kaaliya, Roman Holiday to Cabaret. You name it, the cinema screened it all. At less than two rupees, tickets were a steal.

Of course, there were certain disadvantages. When jets from the Jodhpur air force station flew by all the celluloid melody was drowned in noise. So night flying would see Amitabh’s choicest dialogue drowned in a deafening roar of the passing MiGs. Or there was the occasional distraction of the odd, quiet chopper slowly passing by.

When the rains came, a few who had come prepared would put on their raincoats or umbrellas and sit smugly watching the rest of the movie. Of the remaining, half would flee the place and the other half would pick up moodas and continue watching as if nothing had happened. The movie would continue amidst the chaos, with people running here and there, with the pelting rain blurring the screen and thunder roaring in tandem with the sound track.

There is talk of a revival, but I doubt if it would be taken now with the same enthusiasm as it used to be in the past. Also doubtful is the length of the cinema’s second innings.

(This article was published as an Edit Page Middle in The Indian Express newspaper on May 3, 1994)