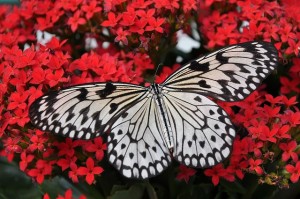 Now I do not know whether I am a free man who keeps going to jail or a convict who keeps getting free.
—Sanjay Dutt.

Now I do not know whether I am an honest man who is corrupt, or a corrupt man who is honest.
—Manmohan Singh.

Now I do not know whether I am a cricketer who sells everything under the sun, or a salesman who also played cricket.
—Sachin Tendulkar.

Imagine at the end of August Kranti 2011 if a soothsayer had predicted…
“In 4 years Kejri will defeat Bedi in the Delhi CM elections and join hands with Laloo while heading a fleet of chargesheeted MLAs.”
He would have been sent straight to the mental asylum.

One-third MLAs accused.
Half MPs suspended.
By 2019 it’ll be a Gaayab Aadmi Party.

The t in Rohit stands for talent!
Woh to theek hain, but will we have to through r o h i first to get to t?

Rohit Sharma’s Test average after his first two innings = 288.
His average in the next 20 innings after firmly establishing his talent = 23.

Pakistan…
1947—Failed to get Kashmir Valley.
1971—Lost East Pakistan.
1984—Failed to get Siachen Glacier.
Next to go—Balochistan.

Q2—Write a 1000-word essay on how Nehru was the greatest world leader ever.

Q3—Write a 1000-word essay on how Indira was the greatest female world leader ever.

Q4—Write a 1000-word essay on how Sanjay was totally misunderstood in the Emergency.

Q6—Write a 1000-word essay on how Sonia saved India from communalism and fanaticism.

Q7—Write a 1000-word essay on how Pappu will take India to the 22nd century within 100 days of taking over as Prime Minister.

Bonus question…
Write a 100,000-word essay on how Modi is more terrible than Hitler.

Back CMs like…
Sheikh Abdullah, Farooq (son) and Omar (grandson).
(Even if you want to topple Farooq, use his brother-in-law and make him CM.
Basically it has to be all in the family!
Hasta khilta Congress Pariwar, Hum Saath Saath Hai!)

*Or whichever relative is available.

Michael Clarke thrashes England 5-0 in Ashes.
Wins 2015 ODI World Cup and within months he trails England 1-3 and retires.
With same standards Team India would have a captain every 6 months.

Since he was absent in the last Test, Murali Vijay gets out for a duck at Colombo to express solidarity with Indian batsmen who crashed at Galle.

At Galle, Team India appeared to be winning for the first two days.
Change of strategy at Colombo.
They’ve decided to lose from Over 1.
‪#‎IndVsSL‬ #Colombo

It is actually the defence forces who gave us Independence.
1857—Sepoy Mutiny.
1946—Bombay Mutiny.
Both combined outweigh contribution of all other leaders.

The disconnect…
The defence forces have been asking for ‪#‎OROP‬ for 41 years.
Modi has been working on it for 1 year.

Political life begins at the age of 68…
Sonia agitates on the streets, shouts in the Lok Sabha and jumps into the well of the House.

Give a word usage of infinite…
The Indian mainstream media can relaunch Pappu an infinite number of times.

One Country One Party One Dynasty.
India = Congress = Pappu.

At every emigration counter…
Official—Do you have anything you want to leave behind?
Indian cricketers—Yes, our Test playing abilities!

If the opposition is 99-9 chasing 300 in Tests, then you still can’t put your money on India.

How did you celebrate independence and freedom today?
Indian batsmen—By playing free and independent shots and getting out!
‪#‎IndependenceDay‬ ‪#‎IndVsSL‬ ‪#‎Galle‬

From 2011-15, India has 2 ICC tournament victories and 2 foreign Test victories.

BCCI logic…
Rohit is 28.
He will score a couple of Test triples one day.
That’s why we have to play him for 10 years till he does that!

No matter how many chances you give Rohit Sharma in an innings or in a career, he will still throw them away.

Three spinners in the Playing XI and no Sir Jadeja even in the squad.
The times they are a changing!