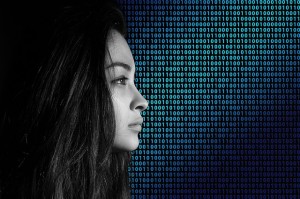 Please sing to the tune of Ben E. King’s Stand By Me…

If the real world that we look upon,
Should tumble and fall,
And all the non-virtual foundations should crumble to the sea,
I won’t cry, I won’t cry, no I won’t shed a tear
Just as long as you stand, stand by me

This spoof by Sunil Rajguru

Take out the Dynasty from the Congress.
Take out Modi from the BJP.
And you’re suddenly left with two eerily similar parties.

If the BJP boycotted TV debates, then their TRP ratings would go down, but the BJP wouldn’t lose any seats in Parliament.
Seems they think it’s the other way round.

England on the Matt at Lord’s. Indians Cooked their goose with a Ballanced all-round performance. Alarm Bells were ringing in the dressing room as they got out to horrendous Stokes. They will have to bring about Broad-based changes and get to the Root of the problem. Same tactics will work no more. Now a grim reAlity stares England in the face. Such a defeat by India would have been discussed even by our parLiament. As for the last ball of the match, one can only quote the Matrix…
You hear that Mr Anderson?… That is the sound of inevitability… It is the sound of your death… Goodbye, Mr Anderson…

Captain MS Dhoni is in the Guinness Book of World Records for the largest collection of victory stumps in the world.

A tale of three Sharmas…
Ishant on the field.
Rohit on the bench.
Anushka in the pavilion.

Ishant Sharma took 7 wickets for the first time ever 7 years after he made his Test debut in 200”7”.

In both innings of India a match saving/winning partnership came after the 7th wicket fell.

TV news channels on Vaidik…
Who is he?
Where did he go?
What has he said?
Why has he done this?
How did he do it?

TV news channel viewer…
When are you going to stop this over the top coverage? 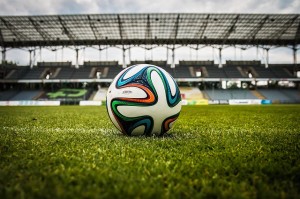 Moral of the story: If you don’t speak a European language, you can’t win the Football World Cup! 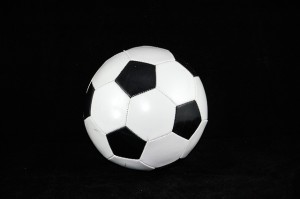 Europe is a powerhouse of football and the home to many great teams and cricketing clubs with rich histories. They have scored many victories and a multitude of championship titles. However when it came to the FIFA World Cup, it always had a monkey on its back till the year 2006.

It hadn’t won a single World Cup outside of Europe. They were just continental tigers when it came to football’s biggest prize.

When a World Cup has been held in Europe, a European team has won a staggering 9/10 times. The only exception has been Brazil, which won the final in Sweden beating the hosts 5-2 in 1970.

But when it came to 8 tournaments spread across the remaining continents, Europe always drew a blank. It’s not that it never got the chance. In Chile Czechoslovakia lost to Brazil 1-3 in the 1962 finals. In Mexico Italy lost to Brazil 1-4. In Argentina Netherlands lost to the hosts 1-3 in 1978.

That was one real monkey on its back.

However, the jinx was broken in 2010. In the edition held in South Africa, 3/4 teams in the semi-finals were from Europe. The final was an all-European affair and Spain beat Netherlands to not only win their first ever title, but the first European team to win outside Europe.

When the World Cup began in Brazil in 2014, Europe was looking to breaking their other jinx: That of never having won in South America. Half of the teams that qualified for the knockout stage were from the Americas, showing how the continental advantage held sway.

The semi-finals were a perfect Europe versus South America affair. Many were hoping for a dream Brazil versus Argentina final that would have meant that Europe’s wait to win on South American soil would have been postponed indefinitely.

While Argentina raced past Netherlands along expected lines (via a penalty shootout), Germany had totally other ideas.

They totally blanked Brazil 7-1 in what can be called one of the greatest matches of all time and one that will dent the psyche of the South American nation indefinitely and force them to bring about radical changes.

But when German Mario Gotze scored the all-crucial goal in the extra time of the final versus Argentina, he had changed the course of his nation’s and continent’s history forever.

Not only had the Germans reclaimed the prized title after 24 years, but they finally threw one more monkey off their back.

Many other jinxes were broken.

A united Germany had never won the title. West Germany had won three titles, but Germany had failed to win at any of the three editions before it was broken up in 1945 and none after its unification post the 1990 edition.

So “Germany” in a way won for the first time.

But had Germany lost, they would have been considered final chokers. Then they would have won only 3/8 of the FIFA World Cup finals; but now 4-4 looks much more respectable.

Europe has also created another record.

Usually South America and Europe always share the honours and win 1-2 titles at a time. South America has never won three titles in a row.

Of course South America never had the continental jinx.

Brazil won the FIFA World Cup in South America (once), North America (twice), Europe (once) and Asia (once).

Argentina has won the tournament both in South America and North America.

Brazil is still the clear leader with 5 titles.

But now both Italy and Germany with 4 titles each will look to match that in 2018!

It is just a matter of time before a tail-ender hits a triple century against India in a Test match.
#IndVsEng #Cricket

2010: The last time Team India made a Test score of 450+ in a foreign Test innings.
Like a World Cup, does it happen every 4 years?
#IndVsEng

Fact of the day…
When Rajiv Gandhi became Congress party president, he hadn’t won a single election in his life nor had he held any significant government post whatsoever.
#AmitShah

After affecting what seems like a million leaks in 10 years, the Congress moves a Privilege Motion against Sadananda Gowda alleging a leak over the Rail Budget.

Point…
You gave them 60 years; give me 60 months: Modi.
Counter-point…
We couldn’t control inflation in 10 years; you have to do so in 10 weeks: Congress.

In a few years the Rs 100 Crore Club will have at least 100 of the crappiest Bollywood movies of all time.

Happy Birthday to Pappu the “Boy Wonder”.
(“Boy”, he’s still “Wonder”ing what to do with his life!)
#PappuDiwas

Arvind’s Alone (in this) Party.

The problem with Twitter is that thanks to their content, you can no longer differentiate between real accounts and spoof accounts.
(Especially for India.)

BJP and Shiv Sena should contest exactly 144 Assembly seats each in Maharashtra elections.
Whoever gets more seats gets the CM’s post. Simple.