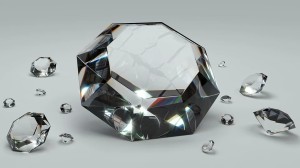 After the Liberalization of 1991, that became common and Crorepati became a thing (Rs 100 lakhs).

Today so many flats (forget bungalows) in every major city are worth a crore each. The Indian middle class is swarming with Crorepatis.

One term that never caught on was Arabpati (Rs 100 crores).

There are so many Arabpatis in India too.

In the current rate of exchange, that’s roughly US$1.33 billion.

So now the terms US$ Billionaire and INR Kharabpati are almost comparable and we could well start using the latter.

So if someone is worth Rs 10 lakh crore, then he would be a Neelpati.

Is there anyone who is a Neelpati and worth that much?

Going by the above calculations, US$133 billion is enough to be a Neelpati. India’s richest man Mukesh Ambani is heading towards half a Neel.

If it’s anyone who’s already there then it has to be Amazon’s Jeff Bezos, the richest man in the world who is worth (depending on the day you are looking) in excess of US$180 billion.

How times have changed!