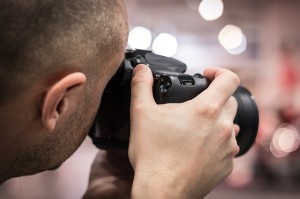 Q1: What is the capital of France?
A: The French people should be empowered.

Q2: What is the capital of Maharashtra?
A: We have introduced RTI and through that we can get the answer.

Q3: Name the top 3 scams of UPA2.
A: We have introduced Lokpal and six more bills are pending.

Q4: What is the square root of 9?
A: The system to get this answer has very sound fundamentals.

Q5: Why are you doing business with a corrupt person like Laloo?
A: Laloo is an idea. An idea is just an idea and cannot be corrupt.

Q7: What is exactly going on in your mind?
A: I am not sure it is possible for RTI to be used in all possible situations and that system is not very sound on fundamentals.

Q8: How will you give power to the people?
A: By empowering them.

Q9: What are your views on woman empowerment?
A: Women should be given power.

Q10: Why aren’t you engaging in a debate with Modi?
A: Yes, we can debate that.

Q12: You are answering none of the above questions.
A: It is only by strengthening the fundamentals of the questions and thereby changing their system that you can empower the answers and even that is not possible because there are really no answers but just ideas and ideas are open and not closed to the system and this I learnt from my father who learnt it from my grandmother and I think that will finally prove to you that Congress was not responsible for 1984 and BJP was responsible for 2002 and this would have been evident had you exercised RTI which we implemented while our Lokpal will ensure that such tragedies will never happen again and hence it is not necessary to debate Modi and so when you understand this answer, you will have understood a little bit about who Rahul Gandhi is and what Rahul Gandhi’s circumstances have been and if you delve into that you will get an answer to the question of what Rahul Gandhi knows and what he does not know and how he is going to open up a closed system by opening up his brain in such fashion and that’s how I see more energy in India and no energy in all the other political parties put together and that’s the idea that the Congress (which itself is an idea) gives to India (which is also an idea) and to put it finally, I have absolutely no idea what I am talking about and that pertains any idea whatsoever.

The Rahul Gandhi of Rahul Gandhi’s dreams is exactly like Superman, Batman and Spiderman.
(They are all fictional characters)

If Pappu was a Brand Ambassador or a side actor in Bollywood, then I think I would really like him.
But a Prime Minister???!!!???

Charles is his inspiration.
At 65 he’s still a Prince to the Queen.
Pappu is just 44.

The Arnab-Pappu interview is the interview of the century because now the Congress may never win again in this century.

He should now be renamed “General Pappu”.
(Since he runs away from specifics and talks only of “general” things.)

I think the high point of Pappu in 2014 is being interviewed by Arnab.
That’s how low things have reached for him.

There’s no me, main or hum… Rahul Gandhi refers to himself in the third person.

What happens if Delhi Police comes under Kejriwal and he holds dharna for something else?
Will he order Delhi Police to join dharna instead of safeguarding city?

Like NaMo and RaGa, they should start calling Arvind Kejriwal…
ArKe.
Since he’s the opposite of what he promised, he should be called AnrKe.

When AAP shuts shop as a political party, it can re-register itself as a drama company or agitation event management company or TV PR or…

Evolution of Kejriwal…
2011: August Kranti to send corrupt to jail.
2014: January Dharna to save vigilante minister who broke rules.

Congratulations New Delhi!
You are now in proud possession of a Chief Moral Vigilante who will police you 24X&7!

Khoda pahaad (Delhi Police should come under our control), nikli chuhiya (a couple of cops to go on leave).

Overheard…
A: This Delhi Police is totally out of control, does what it wants, it’s almost like anarchy!
B: What’s the solution?
A: Why, hand it over to that anarchist Kejriwal!

Section 144 according to AAP…
Not less than 144 people should assemble in one single place of protest.

If Kejriwal becomes PM, he will hold a dharna in front of Rashtrapati Bhawan every day and hence rid the nation of all evils.

2011…
Kejriwal: Chargesheeted MPs/MLAs are a disgrace for India!
2014…
CM & MLA Kejriwal chargesheeted.
First beat them in polls, then join them in crime!