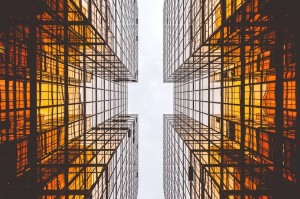 The Old Economy can take us only so far. We have to accelerate with the New Economy. Our only way forward is to embed a layer of technology on top of the Old Economy. Specifically, Deep Tech, coupled with a bold corporate India strong on manufacturing. The three pillars on which India should concentrate on are pushing Deep Tech, Big Tech Diversification-Global Tie-ups and Hardware-Electronics.

Focus on 3As and 1C for deep tech push: Deep Tech is the future and the startups that come out of that will rule tomorrow. The Indian Startup Ecosystem is the 3rd largest in the world, but we can aim for the top spot. 3As and 1C are Automation, Augmented, Access & Cloud.

Big tech diversification and global tie-ups: It all started with Jio. If it’s all about global mergers, acquisitions, investments and tie-ups, then Jio is showing the way. First came a host of investors, more than a dozen.

Hardware and electronics to form the backbone of Deep Tech ecosystem: The forgotten pillar which is equally important to power the IT industry and has shown to be even more important especially in light of the global supply chain disruption caused by the Covid-19 crisis.

How Deep Tech can help fast track development in India: the 2020s could well be the Decade of India. But for that, the government, tech industry, Corporate India and SMBs will have to come together and get deep into technology.

A day will come when every person in the world will have a PC.
IBM: OK, let’s exit the PC business.

A day will come when every person in the world will have a camera.
Kodak: That didn’t stop us from getting bankrupt.

A day will come when every person in the world will have a mobile.
Nokia: Will we be around by then?

A day will come when every person in the world will check email on their mobile.
Blackberry: We saw that, but no-one’s seeing us anymore!

The United Nations has officially declared 2011-12 as the Year of the Steve Jobs.

The following things will be done in his honour…

∙ The nickname of New York City will be downgraded to “The Little Apple”.
“The Big Apple” will always refer to Steve Jobs.

∙ The Smiley will now officially be written as i)

∙ Whenever Jobs is being quoted, the possessive pronoun “I” will go in lower case as “i”.

∙ Apple Inc, will take the I in Inc, turn it into the lower case and prefix it to the new name.
For those who didn’t get that, the new name will be iApple.

∙ Every year on October 5, we all will have to miss at least one meal in a day and do at least one downright stupid act to honour his “Stay Hungry. Stay Foolish.” message.

∙ Evangelists will set up the Church of iApple, which will follow the Book of Jobs as laid down by Prophet Steve.
Followers will be called the iPeople.
They will be the Chosen Ones, or the lucky dudes possessing at least one iApple product.

∙ In all future lessons it will be taught that a banana falling on Newton’s head led to the discovery of gravity.
The Apple has been exclusively reserved for Jobs.

∙ Your lifetime prepaid mobile message should actually read…
Your balance is XXX INR. Your validity expires on December 31, 2037, even though you may not live that long and even though we may not last that long and even though we all haven’t the foggiest idea what the state of mobile telephony and billing will be in the Year 2017, let alone 2037!
.
∙ Competition among mobile operators is extremely fierce.
It’s quite difficult to tell who has the greatest number of call drops or who’s Help Desk keeps you on hold the longest or who has the lousiest billing problems.
.
∙ The 3G ads are so good and promising that they make you feel like an absolute idiot for having 2G in the first place.
.
∙ In India, at least everyone is heading towards Roti, Kapada aur Mobile.
.
© Sunil Rajguru

A gadget is not a vegetable you pick up from the local grocer. You have to feel, use, experience, and get attached to it. And a new breed of stores lets you do just that

Scene 1: You walk into a satellite radio store and sit comfortably on a sofa watching a live band strumming away on a guitar. Then you greet your favorite RJ and lounge about, listening to all the channels on offer. In the end, you decide you want a satellite radio too and check all the models to buy one.

Scene 2: The Xbox 360 hasn’t been released in India yet and you don’t know whether you should blow 20-odd grand on it on the pre-Diwali release. Well, no problem. Just head to a lounge, check out all the HD games you want on an Xbox 360 (and that too on an LCD screen). Now you know whether it’ll be worth it or not.

Welcome to the new breed of digital experience stores. They call you, make you comfortable, give you an experience, and in the end almost seduce you to buy the product you want. And it’s not just a one off store. Dozens of experience stores are mushrooming all across the country as more and more retailers realize that the key to getting people to buy gadgets and stuff is to just give it to them to experiment with. And get them hooked.

By the way, Scene 1 is WorldSpace, Scene 2 is The Xbox Lounge in Mumbai, and Scene 3 is Pantaloon’s eZone.

All on one floor

Pantaloon, after succeeding with their Big Bazaars and Central Malls, are now eyeing outlets for gadgets and electronic appliances. Called eZones, they have a ‘Liberation Zone’ for mobiles, PCs, laptops, MP3 players and handycams. All this along with TVs, home theatre systems, and even fridges and kitchen items.

Says V Rajesh, Chief Marketing Officer, Home Solutions Retail (Pantaloon), “Right now there are four eZones in India, though we are looking at more. The fundamental difference is the way the store has been presented. You don’t have a single one-stop shop where you buy the latest gizmos and check out fridges in one go. This is it. Our aim is to give a complete experience rather than an exhibition.”

In fact, the Koramangala eZone in Bangalore has an area of 15,000 sqft on one floor!

Lounge around and listen

WorldSpace satellite radio, with its 40 plus channels, just has to be heard to be believed. So stores were opened where you could listen to all the channels. Then the concept was expanded to include lounges where one can sit and listen at ease.

Says Murali S, Vice President (Customer Service), WorldSpace, “There are currently five lounges and we are planning 10 more. There has been a very good response and sales are a reflection of that. At any given time you can find 15-20 people in the special lounge. On weekends in the evening we have live shows featuring upcoming bands or even locally known artists. Sometimes even RJs come to meet customers.”

If you can’t afford the Xbox and still want to play on it, then this one’s for you. The Xbox 360 Lounge situated in Ad labs theatre at Wadala (Mumbai) has been set up by the Microsoft Entertainment and Devices Division. The 800-sqft lounge has Xbox 360 consoles where you can play the latest games on Samsung LCDs. And the best part is that the Xbox 360 hasn’t even been released in India yet.

For gaming enthusiasts in Chennai, Spencers Plaza has India’s only NVIDIA nZone Gamers Den. You can play the meanest games in a room with all the special visual and audio effects on the go.

A mall for IT products!

It was inevitable that with so many ‘specialized’ malls in India, one of them would be exclusively for IT products. That’s the IT Mall on Rest House Road in Bangalore. When full, it will have 64 shops devoted to laptops, PCs, accessories and the like, spread across 19,000 sqft. Following suit is Mumbai, where a Techmall is coming up in Goregaon. It will have upto 90 shops. It will also have gaming zones, a multiplex and other shops. Mumbai also has Xplore, the digital experience lounge chain, which goes by the catchline: ‘Don’t buy, just enjoy’.

One of the biggest problems faced while buying a mobile is that you can’t check out a working mobile. You have to go by the dummy model’s looks only, or try out one of your friends’ (if they own the model you want). Nokia tried to rectify this problem by launching two concept stores, in Bangalore and New Delhi. You can also check out Apple products at the Apple Store (Forum Mall, Bangalore). Toshiba and Acer have also set up similar concept stores.

Sogo, too, has set up ICE Wear stores across Bangalore. ‘ICE’ stands for Information, Communication and Entertainment. It is also opening in various cities across south India.

Sitting in the sweet spot

One of the first to have realised the importance of experience zones were home theatre makers. You can’t really appreciate a home theatre unless you sit in the sweet spot of the listening room.

Bose has set up listening rooms in Delhi, Mumbai, Bangalore, Chennai and Hyderabad. Not to be left behind are other home theatre makers like Sonodyne, ProFX and Onkyo.So if you want to buy a digital product today, all you have to do is get into a store and experience it first.