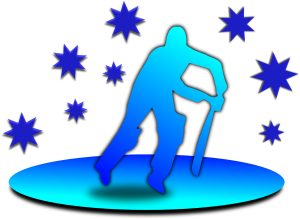 Most improved white ball team since 2010…

Most improved red ball team since 2015…

Topped the rankings for inaugural Test championship in 2021.

Undefeated at home since 2012.

But most missed opportunities without winning…

The BCCI has just completed its enquiry into the washout of the Indian team in England. Here are the results…

1st Test: Players just reached England. They had difficulty in adjusting to the conditions, pitches and climate.
Observations: Organize many more tours per year, so players will get over their “first match blues”.

2nd Test: India hadn’t choked for absolutely no rhyme and reason in a Test in ages. Law of averages finally caught up with them.
Observations: There’s nothing we can do about that.

3rd Test: Race riots happened in England at the time of the Test. The poor players were very scared. Smoke could be seen behind the stadium during the toss.
Observations: We couldn’t cancel the match as we needed the money and got it. No complaints there.

T20 International: Players played a whopping three practice matches the previous week, therefore they were extremely tired.
Observations: Stop listening to experts and stop organizing so many practice matches. As it is they don’t make much money.

Complete ODI Series: Rain, weather, damp pitches, Mr Duckworth and Mr Lewis dominated and there’s nothing anyone can do about that. This series can be totally forgotten, especially as we didn’t lose much money.
We were also told that captain MS Dhoni was fatigued and tired and should be rested, then how did he emerge as the leading run scorer and man of the series? The BCCI should stop listening to so-called experts.

Note: The ECB is seeking the BCCI’s expertise to explain its 0-3 ODI thrashing and making a similar report.

This Spoof by Sunil Rajguru

Knock Knock.
Who’s there?
Cook.
Cook who?
That’s right. Cuckoos all of you have become on Indian soil, after being lions at home.

Knock Knock.
Who’s there?
Marx.
Marx who?
Mark my words I said, didn’t I, that no good would come from this type of capitalism!

Knock Knock.
Who’s there?
Recession.
Recession who?
Yeah, that’s right, keep pretending you don’t know me and brushing me under the carpet and I’ll keep getting bigger and bigger and eventually depress you big time.

Knock Knock.
Who’s there?
Shahrukh.
Shahrukh who?
Yeah I knew you’d forgotten me. Haven’t had a blockbuster for 3 years, but now I’m going to blitz you so much that you’ll get totally sick of me. Me Jeevan. All other superstars Ravans.

Sachin has been stranded on his 99th international century for ages now. But that’s normal. He always spends a lot of time in the nervous nineties.

The BCCI now stands for the Board of Control of Cricketing Injuries.

A movie based on the tour will predictably be called Ghayal, the English remake will be…
Eight Injuries and Indian Cricket’s Funeral.

Indian cricket players can now be divided into two equal halves:
Between those who have played on the 2011 England tour and those who haven’t.

Whenever the Little Master nears a landmark, we have a string of nervous failures.
After the Landmark, we have a flurry of confident centuries.
How many Landmarks does a man need, before he looks at just the team scoreboard?

If India do lose 0-4, someone should burn the bails and make a New India Ashes.

(*While India never met Australia in a Test series when Chappell was in-charge, we were thrashed by 337 runs in the only Test we played the year he quit.)