There are so many contradictions that are built into the legend of Kanhaiya Kumar of Jawaharlal Nehru University. It is for that very reason the legend is doomed to die in the long run. He is being propped up big time by #AdarshLiberals and the media.

1. He was in charge of an anti-India event that a judge called “gangrene”.

The fact remains that Kan

haiya was a student leader who organized an anti-India rally and made absolutely no efforts to stop it when it went out of control. His supporters brought in issues like fake videos and outsiders disrupting the event, but the root issue is that it was an out and out anti-India event that cannot be condoned.

Anti-India anti-Hindu anti-Supreme Court pro-Pakistan pro-Afzal Guru slogans were shouted at the campus and why students of a government funded university need to be doing all this is unfathomable.

Student unions in JNU generally run amuck with their anti-India campaigns and this was not even the first such event organized there. (Though now all future events will come under much greater scrutiny.)

2. He’s an accused out on bail and a fined student to boot.

Why are all #AdarshLiberals so eager to prop up such a person? Have we forgotten the judge Pratibha Rani said of the issue: If the infection results in infecting the limb to the extent that it becomes gangrene, amputation is the only treatment!

She asked Kanhaiya to give an undertaking that he wouldn’t participate actively or passively in any activity which may be termed as anti-national and he was asked to make all efforts within his power to control anti-national activities in the campus.

3. He keeps bad company like the Jungle Raj King.

Lalu Prasad Yadav is in the running for India’s worst politician and was a Grade 1 disaster for the State of Bihar bringing the infamous Jungle Raj. To make matters worse he’s not even an accused but a convict given temporary relief by the Supreme Court.

So Kanhaiya falls at the feet of such a person and takes his blessings! Indian politics is quite bizarre indeed. To make matters worse Kanhaiya’s supporters thrashed those who were waving black flags at him.

So while Kanhaiya has all the right to rubbish India, others don’t even have the right to wave a black flag at him it seems. In JNU he is associated with fellow anti-nationals and once he jumped into politics it’s not as if he’s acquainting himself with the best in the land to learn the lessons of good governance.

Karl Marx unleashed utopia called the Communist Manifesto in 1848 and since then it has meant nothing but destruction. China turned to capitali

sm to survive in 1978 while the USSR collapsed in 1991. Today its flame is being kept alive by failed States like North Korea.

When we got Independence, West Bengal was our top industrial, intellectual and cultural State. Communism dragged it into the mud. Kerala is doing OK because of the LDF-UDF pendulum and also the CPM is just one of the many parties in LDF.

The CPI is a near dead party in India and we are supposed to take its student wing All India Students Federation seriously? (Kanhaiya is from the AISF) Statements like “A red sun will emerge in India” made by him sound hilarious at best.

5. …who hypocritically loves being a capitalist!

It’s OK if you sincerely believe that Communism is the answer. Kanhaiya himself announced that he was from a humble background. But how come he’s criss-crossing the country by plane? Who’s footing his enormous bill?

And who’s doing the funding itself is a crucial question. Kanhaiya is actually a pseudo-Communist like millions of others in India.

6. A really bad student who threatened a girl and flashed his…

Kanhaiya’s core competency is that he is a student. Is he known for his gold medals or his cutting edge research? No. He is known more for agitating which is not the job of a student in the first place and his anti-national rallies.

In fact in one incident Kanhaiya insisted on his right to urinate in public and threatened a girl who opposed him and flashed his private parts. Everything we know about Kanhaiya points to him being a sinner rather than a saint.

7. A man of zero substance.

Look at all his speeches and you will not even find 1% of substance. “Azadi from poverty” sounds fancy but means nothing and gives no concrete suggestions. He has merely been repeating stuff which Communist ideologues have been saying all over the world for more than a hundred years and Indian leaders have been parroting for decades.

He has no new ideas and no new plans. He is presenting an old wine in an old bottle and the opponents of Prime Minister Narendra Modi are so desperate that they will clutch at straws to present just about anyone as a counter.

First they propped up 44-seat Congress’ Rahul Gandhi and then 4-seat AAP’s Arvind Kejriwal and now they are trying to do the same to 1-seat CPI’s Kanhaiya. What a fall! 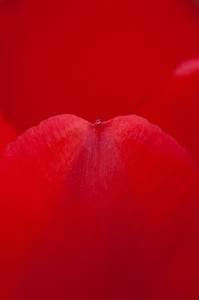 Someone once called Naxalites “Gandhians with guns”.

The truth is totally different…

Naxalites are Communists with guns.

Editors are Communists with pens.

NGOs are Communists with foreign funds.

Historians are Communists with textbooks.

Activists are Communists with a cause.

Politicians are Communists with power.