We lose one life, we outrage.
Pakistan loses thousands, they don’t even claim the bodies.
#AmanKiAsha for such a cruel enemy?

Pakistan has been training anti-India terrorists since the 1990s.
And here in the 2010s we are still merely debating it.

Pakistan 0% wants Kashmir.
They want 100% destruction of India.
(That they will be completely destroyed in the process is a totally different story)

The biggest tragedy of 2001 for India was 5000+ dying in terrorism-Naxalism-Kashmir.
Yet most Indians still think it’s 9/11. 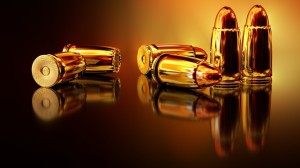 Dear Bilawal,
First try to take Pakistan from the Pakistani Army.
Then fantasize about taking Kashmir from the Indian Army.

Bilawal: Why is our country called Pakistan?
Papa: P for Punjab, A for Afghania, K for Kashmir…
Bilawal: What? We’ll take back Kashmir!!!

In a stunning development, it has just been announced that the state of Pakistan will no longer exist. In a unique and unheard of 21st century reengineering, the state will now be called Tatastan and will be ruled by the erstwhile Pakistan Army, the Taliban and the Federal Government of the US of A.

After a secret 10-day brainstorming session, it was decided to name it after the actual rulers of the region.
So T (Taliban, Pakistan Chapter) A (Army of erstwhile Pakistan) T (Taliban, Afghanistan chapter) A (America) –stan has come about.

The name is also symbolic, as one never knows when one will have to bid Tata to Tatastan. It may also trigger a chain of events involving nuclear weapons, which may make us all bid Tata to the world as we know it. So all in all, it is a very apt name, agree experts.

In a late night press conference Mr Ratan Tata was at great pains to explain that they had absolutely no hand in the naming of the new state, they were not the sponsors of Tatastan and they had enough problems of their own, so would the people and media please leave them alone. (Mr Tata is still reeling from all the “Mamata says Tata” type headlines post Nandigram, disclosed a senior Tata employee on condition of anonymity)

(It was also realized that the K of Pakistan stands for Kashmir, something that Pakistan has failed to get in its 60 years of existence and will never get, the shoddy way it is going about its business in all aspects. Renaming it Paistan would make no sense (though some citizens in the Punjab region were for Pajistan) Other suggested names were Talibania, the United States of Pakistan and simply Armyland).

It was also decided to abolish the posts of President and Prime Minister, as most of the people who occupied them were either irrelevant or killed in the long run.
The General of the Army will now be the undisputed CEO of Tatastan.
The distribution of other portfolios will be as follows:
America: Ministries of External Affairs, Nuclear Energy and Culture (Urban)
Taliban: Ministries of Home, Education, Law & Order, Agriculture and Culture (Rural)
Musharraf: Minister of Information & Broadcasting
Zardari: Minister of Finance, Commerce & Trade (In another development, the CEO of Tatastan claimed that he had cut Mr Ten Per Cent down to size. He will henceforth be known as Mr Five Per Cent. The savings will go to the Tatastan Army Welfare Fund)
There are also rumours that Tatastan is being made the 51st state of America, but these are all unsubstantiated at the present.

Economy
With all other problems being solved, the attention is now on the economy and the following measures will be made to boost it:

1. Most nuclear weapons (save a few to serve as a deterrent) will be auctioned with a starting price of $1 billion per bomb. America would have opposed this move, but they are unaware of it, just as they have been officially unaware of the whole nuclear weapons programme in Pakistan for decades. Disgraced scientist AQ Khan gets a new lease of life and will be the Chairman of NuclearMart, as the initiative tentatively has been called.
(Unofficially, Lehmann Brothers may be revived and be the front to buy all these nukes, which will go well with its other holdings of value: The stockpile of 450000 lb of uranium “yellowcake”. They may also be renamed as Nuclear Brothers)

2. The Poppy will now be the national flower of Tatastan. Opium trade would serve as a source of annual income after the nuclear money runs out. This new agricultural revolution will give employment to huge numbers of farmers who will also have some dope to fall back upon in case things really get bad. The Taliban claim great expertise in this field and are happy that PoppyMart is turning multinational.

3. Tatastan will set up elite IITs (International Institutes of Terrorism). People all over the world will be able to hire elite pass outs of the IITs, who can be used in wars, domestic strife, hitmen etc. (Multinationals banks in India may also need their services as the criminals who collected debts have been outlawed)
The main aim of IITs is to make organizations like the mafia and underworld extinct. All these will be available under the services of TerrorMart.
IITs and the Opium Ministry can also get together and give the Columbian Drug Lords a run for their money. As expected, an agency called DrugMart is being proposed.

Financial experts conjecture that NuclearMart, PoppyMart, DrugMart and TerrorMart (all registered Trademarks of the Government of Tatastan) together have the potential to generate more than $100 billion a year, giving a chance for Tatastan to leapfrog emerging economies like India. (However these are the same experts who said that the World Economy would double from 2006 to 2015)

India has dismissed the whole exercise calling it a cosmetic change and a meaningless naming ceremony. Better alternatives would have been Atankvadia, Talibinstan or simply Amrika ka Puppet.