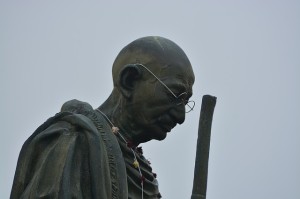 Bollywood writer Salim Khan once stated that there were many riots before 2002’s Godhra and nobody even remembers the names of the Chief Ministers who were in charge when these riots took place.

1. 1969, Gujarat. Hitendra Desai: India was born of bloodshed in 1947. But thereafter, till 1969, there were no major riots in India. That calm was shattered in 1969, which could be called the 9/11 for riots for India. While the official toll was 500+, there were unofficial claims that about 2000 actually died. The tragic part is that the riots lasted for more than a month and for that alone the blame has to go to Congress Chief Minister Desai.

Interestingly, the ghettoization of the Muslim community began immediately after this, something that has been blamed more recently in the 2000s on current Prime Minister Narendra Modi. Conspiracy theories abounded in that era and people also dragged in the names of the then Prime Minister Indira Gandhi and Congress leader Morarji Desai.

2. 1980, Moradabad. VP Singh: Here’s another one. A new Chief Minister took over in a populous Indian State. Within months, riots took place following communal tensions and police firing. We are not talking about Modi and Gujarat, but VP Singh and Uttar Pradesh.

As mentioned above, the death toll figures are notorious in India. The official toll is less than 500 and one unofficial toll said it was in the tune of 2500! At times you feel human life really has no value in India during such occasions. In fact this time the police was at the centre of it. Muslims pelted stones at the police who fired back with live bullets killing 100 and the riots raged after that.

3. 1983, Nellie. Indira Gandhi/Prakash Chandra Sethi: The modus operandi of this riot is totally unprecedented. Muslims in villages around Nellie in Assam were picked upon by armed perpetrators and simply slaughtered in one-sided attacks. While the official toll is 2000+, one estimate put the final toll in excess of 10,000 and an essay in Refugee Watch (most of the dead were Bangladeshi refugees) called it one of the worst pogroms after World War 2.

Bangladeshi names were found on electoral rolls in 1978. An agitation to have them removed led to clashes and the communal tension finally boiled over into violence. Indira Gandhi did nothing after she became Prime Minister in 1980 as things got successively worse. In fact Assam was under President’s Rule at that time putting the blame at the footsteps of Prime Minister Indira and Home Minister Sethi.

Guess how many people were convicted for the thousands of dead? Zero! All cases were dropped by Indira’s son Rajiv as part of the 1985 Assam Accord.

4. 1984, nationwide anti-Sikh riots. Rajiv Gandhi/PV Narasimha Rao: This is one of the most shameful incidents in India’s history. Thousands of Sikhs were massacred while tens of thousands of them were either injured or had their homes or shops burnt. Lakhs were directly affected and millions were scarred for life.

What did Prime Minister Rajiv have to say to that? “When a big tree falls, the earth shakes a little!” How insensitive for the entire Sikh community! While Rajiv got totally off the hook, the role of Home Minister Rao is not even discussed. Eyewitness accounts said that police and Congress leaders took active part in the riots. How did Rajiv react to that? He made those leaders ministers!

5. 1980s, the Gujarat communal cauldron. Madhav Singh Solanki/Amarsinh Chaudhary: The Congress saw the 1969 Gujarat riots starting a new era in communal violence in India. They lost power in the State in the 1970s, but came back to power in 1980 and ruled till 1990 in one of the most communal eras of Gujarat.

Throughout the 1980s, Gujarat was on the edge and there were many incidents here and there. In fact one series of riots started in February 1985 and continued right through to October 1986 claiming hundreds of lives and thousands of displacements. The tension continued through the 1990s and ultimately led to 2002. The 2002 riots were started by enemies of Modi with the burning of a train bogie with kar sewaks.

The Congress and media squarely blamed the BJP for all of this, but the people shut the Congress out of the State in 1990 (save one fleeting one-year government 1994-95) and they are still shut out in 2016.

6. 1989, Bhagalpur. Satyendra Narayan Sinha: Bihar’s Bhagalpur riots claimed more than 1000, saw many police atrocities and allegations that the government did nothing to stop the riots and did nothing for relief and rehabilitation too later on. Sinha stepped down and no concrete action was taken. 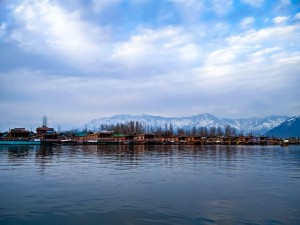 7. 1990s, Kashmiri Pandit exodus and subsequent militancy. Indira/Rajiv/Jagmohan: The scale of this is also indeed large as lakhs of Kashmiri Pandits were terrorized in their own State and had to flee the Valley. The sequence of events is as follows…

Indira ran a virtually anti-Muslim campaign in the 1983 J&K Assembly elections. Unable to digest the loss that year, Indira dismissed a popular Farooq Abdullah government in 1984. Indira appointee Governor Jagmohan created a fear psychosis in the Valley. Rajiv did nothing when he took over and saw the Valley burn with hatred.
The hardliners got a foothold and Kashmiri Pandits were targeted and haven’t received justice to this present day. While we had one Kashmir problem after 1948, things were not so bad in the early eighties.

The worsening of today’s Kashmir problem can be traced to Congress’ communalism in the 1980s and the killing of Hindus during that period. So while most of the action happened after Indira and Rajiv had gone, they laid the seeds for something for which we are suffering to this present day. Can you imagine there was President’s Rule in J&K from 1990-96?

8. 1991-92, Mumbai riots. Sudhakarrao Naik/Sharad Pawar: Maharashtra Chief Minister Pawar went to the Centre in 1991 and left behind Naik on his seat and the latter refused to play puppet. A power struggle ensued and governance crashed in the State.

Here also we saw widespread riots from December 1992 to January 1993 and the toll was in the region of 1000. This is one riot that saw the names of multiple parties and communities indulge in violence.

But here too Naik stepped down and Pawar returned and no major action was taken. Mumbai saw many terrorist attacks after this right up to 26/11.

9. 1927-28, Godhra. Morarji: One BJP critic said that Godhra produced a Prime Minister in the form of Modi. But even we accept that as true, he wasn’t even the first! Did you know that riots took place in Gujarat during 1927-28? In that the Deputy Collector of Godhra was found guilty of going soft on the Hindus and demoted by the British.

Thanks to the Godhra riots, he quit in 1930, joined the Congress and became Chief Minister of Bombay State (which was split into Maharashtra and Gujarat) and also Prime Minister. That man is none other than Morarji, who introduced prohibition in Gujarat and whose name was linked to the 1969 riots too. 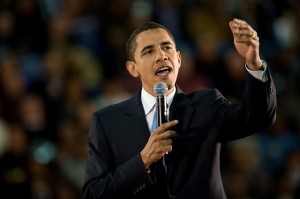 10. Partition? Former US President Barack Obama hypocritically said that Mahatma Gandhi would be shocked by India’s intolerance today even as his Presidency saw race relations absolutely plummet. But what of Partition which saw terrible Hindu-Muslim-Sikh riots that saw a lower death estimate in lakhs and a higher one in excess of one million.

Everyone saw this violence coming. Did Mahatma Gandhi and Jawaharlal Nehru try to postpone Partition to get things in order? Did they put troops in strategic places to avoid conflict? Could they have sought extra British help to quell the riots? Alas, we are forbidden from even discussing these things let alone finding out the answers.