Roger Federer is universally accepted as the greatest tennis player of all time (20 Grand Slam titles). Rafael Nadal has matched him and is not done yet. But Novak Djokovic already has 18 titles and at 33 years, has time on his side to go way beyond both of them.

However, here is a list of things where Djoko has already outdone Fed-Rafa… 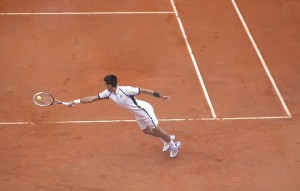 Federer has never beaten Nadal in any French Open match. The two never met in a US Open. But what of Djokovic? He has beaten Federer in at least one match in the Australian Open, the French Open, Wimbledon and the US Open.

Federer’s nemesis is Nadal. The two have met 40 times and Nadal leads a whopping 24-16. However it is only Djoko who has the better of all of the rivals he has played with after he came into form (he had a few failed rivalries only at the beginning of his career). Djoko and Nadal have met 56 times, which is an Open era record and Djoko leads 29-27. With the all-time great Federer, Djoko leads 27-23. Interestingly in 2011, he met Federer-Nadal 11 times, winning 10 of those matches! More importantly in all finals, Djokovic leads Federer 13-6 and Nadal 15-12. Overall with Andy Murray its 25-11, Stan Wawrinka 19-6 and Jo-Wilfried Tsonga 18-6. 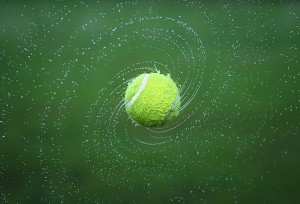 Djoko won the following titles back to back: 2015 Wimbledon, 2015 US Open, 2016 Australian Open and 2016 French Open. In the process he became the first person since 1969 to hold all four Grand Slam titles. That’s after a good 47 years! He is also the only player in men’s tennis history to hold these Grand Slams on three different surfaces at the same time.

While Nadal owns the French Open and Federer has dominated tennis for the longest time, Djoko has these short bursts where he looks near invincible like the time he won four straight Grand Slams. The same is with the ATP ranking points. He is the only person in history to have crossed ATP ranking points of 16000 in 2015 (if you win each and every tournament you play in a year, then you can go to 21000).

To put things in perspective, when Djoko had 16785, Andy Murray had 8750, Federer had 8430 and Nadal 4330. One can’t think of such a short-term dominance in the history of the trivalry and very few other times in men’s tennis. In 2015 Djoko won 3 Grand Slams, 6 masters and 11 titles.  He ended the year in style winning the World Tour Finals title and became the first to win 4 straight end-of-year finals tournaments. He also created another world record that season, beating 31 Top 10 players. Earlier in 2011, when Federer and Nadal were at their peak, he won 41 straight matches, the best after John McEnroe’s 42 in 1984. He had another such burst in 2018-20.

5. The only man to win all 9 ATP World Tour Masters 1000: After the Grand Slams and ATP Finals, these are the most prestigious tournaments and Djokovic is the only man in the world to have won all 9, called a Career Golden Masters. In fact in 2015, he won 6/9 in a single year. In the terms of ATP finals Federer has the most with 6, but Djokovic already has 5 and so well could go past him. 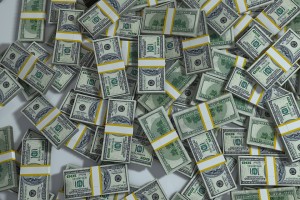 There was a race between the three to get $100 million in professional tennis earnings and you never knew who would get there first. Finally it was a race between Federer and Djoko and the latter prevailed. Currently Djoko is in the range of $148 million as against $130 by Federer, which is the highest ever. In 2015 he became the only man to cross $20 million prize money in a year. Nadal’s yearly highest is $15+ million and Federer’s $13+ million.

7. Made the Australian Open his own.

Nadal has a whopping 13 French Opens. Federer has 8 Wimbledons. Both stand alone there. Additionally, Federer has 5 US Opens, a record he shares with Jimmy Connors and Pete Sampras. But Djoko has made the Australian Open his own with 9 titles. At the end of his career, could he touch 13 or beyond. Who knows! Djoko also has 3 US Opens, so he could also join Connors-Sampras-Federer for the most there.