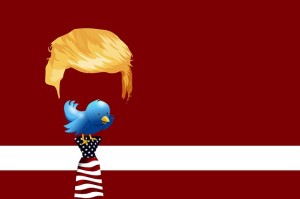 US media today…
According to anonymous sources, an anonymous person close to Trump has done an undisclosed thing that warrants his impeachment.

Tonnes of fake Trump revelations have come and gone.
That’s why when a real one will come, it too will go and not stick.

Today I have to do something that will start impeachment proceedings against Trump.
(What most American journalists think when they get up in the morning)

In the kangaroo courts of American media, Trump has already been impeached a 100 times.

If” Russia hacked elections.
It means…
1. Crime done on Obama’s watch.
2. Obama did nothing from November to January too.

2014-16: Fellowship of the Right.
Modi-Netanyahu-Brexit-Trump.
2017: Twin Towers of defeat: Wilders and Marine.
Coming soon…
Return of the Right.