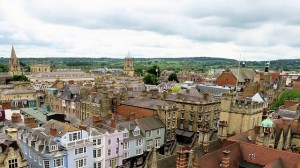 The biggest role of formal education today is to get a job.
If you really want to change the world, then it’s totally irrelevant.

Simple definitions…
Illiterate: Can’t read or write.
Educated: Went to school or college.
Uneducated: Didn’t go to school.
12th Pass: Educated, just didn’t go to college.
Dictionary definition of education…
The act or process of imparting or acquiring general knowledge, developing the powers of reasoning and judgment, and generally of preparing oneself or others intellectually for mature life.
Note: This particular definition of education has absolutely nothing to do with school, college or degrees of any kind.

The Manmohan Cabinet had many Oxbridge-Harvard Ministers.
The Modi Cabinet has many who never went to college.
Let’s see who performs better.