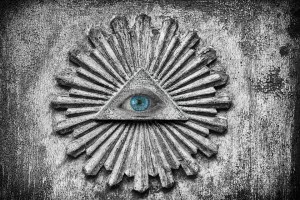 Many people complain of a deep high-level conspiracy that controls the world behind the scenes. Whether that is true or not, it is a fact that most of the global elites share a similar ideology and it’s not Capitalism despite the fact that they make billions off it. The loser Karl Marx continues to hold sway for these elites despite the fact that Marxism has led to the deaths of 100 million+ and a string of failed countries.

This “Push for Socialism” agenda has made some strange bedfellows… 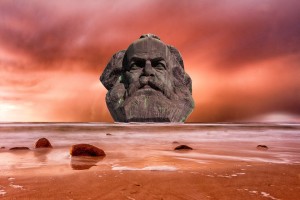 1. Leftist parties like US Democrats, UK Labour, almost all the ruling European parties upto the 2000s, Indian Congress…
2. The global mainstream media.
3. Hollywood.
4. Silicon Valley billionaires.
5. Government universities all over the world.
6. Global Liberals, intellectuals, artists and the like.
7. The international NGO network. 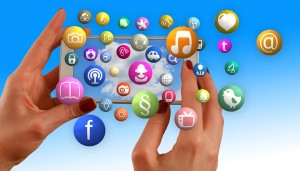 They all want a powerful United Nations and European Union, draconian Climate Change regulations, open borders, fluid genders, a non-religious atheist worldview etc. They ruled till the 2000s via film, newspaper and TV propaganda. With the rise of Social Media, they thought they could control it through the owners. However they have been in for a rude shock and have been suffering one crushing defeat after another. 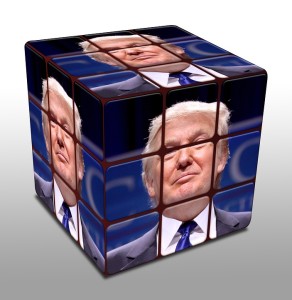 This is the biggest earthquake of them all: Probably the biggest since the fall of the Berlin Wall in 1989. Trump hates the UN and EU, gives two hoots to Climate Change, wants a wall at the Mexican border, is dismantling the Obama gender regulations and has sought the support of the Christian Right. In short he stands for everything against the Global Elite. Everything!

The scary part for them is that he has the power to crush all their ideals. He was their worst nightmare who never could come true and who didn’t even have a 1% chance of winning, according to most of them. He couldn’t win. He did win. Now they have a full blown case of Trump Derangement Syndrome and are unable to function properly. Attack 24X7 without thinking seems to be their mantra and they are imploding thanks to this—for now.

In what could be called a contradiction or paradox or irony for them, Trump actually was the perfect global elite: A lifelong Democrat billionaire Liberal from New York who was the ultimate icon figure for whites and blacks alike. He should have been leading them and not fighting them in 2016. But now they are on opposite ends and it’s all quite fun, actually! 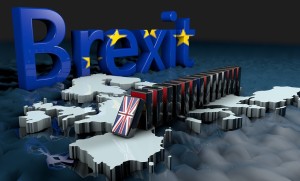 For years Europe has been the Fountainhead of Socialist Garbage and the rest of the world has been crushed under its ideological influence. They got their man in the White House in 2009 and Canada went dark under Trudeau in 2015. Hillary seemed to be cementing the Global Socialist Garbage Network, but then Trump happened.

Actually something happened even before Trump. Brexit. Europe fought itself to destruction till World War II and united only after. The European Economic Community (EEC) was formed in 1957 and the EU formalized in 1993. Then we had the Eurozone with the Euro banknotes. The EU became a monolithic structure with the Lisbon Treaty in 2009 and got the Nobel Peace Prize in 2012. It was easy to predict that it would be a dictatorship free to pursue its socialist global agenda at that time. 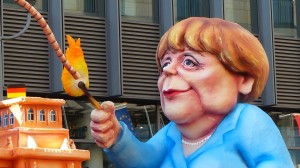 However there were already rumblings with the Greek economic crisis and the power of Germany. But Brexit totally tipped the scales. After Brexit, it’s been totally downhill for Europe. UK is in limbo. Merkel is finished. Paris saw its greatest riots since the 1960s. Immigration is no longer an in thing.

Now a lot of European citizens want Brexit style referendums and for how long can various governments suppress them? 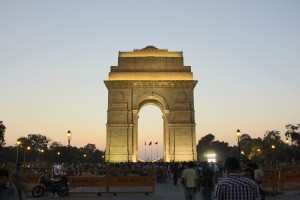 Actually the first global earthquake took place on May 16, 2014. That was the first time in Independent India history that any party got a single party majority other than the Congress. (In 1977, all constituent parties fought on different symbols and united to form the Janata Party). It was the first Indian party which wasn’t an outright Communist. Modi became the first Indian Prime Minister who gave two hoots to Lutyens Delhi.

The global elites would have loved to have the socialist beaten path walking Pappu who is one of them and would have done their each and every bidding. India is the largest democracy in the world and the fastest growing large economy and this first blow hit them hard, though Brexit was bigger and Trump the biggest.

The elites fought Modi tooth and nail and lost big. While most of the people of India warmed up to Modi eventually, for elites, 2019 is merely an action replay of 2014 where a pliant party like the Congress has to call the shots at the Centre. 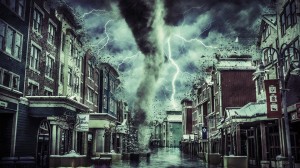 Al Gore was the messiah but failed to win the US Presidency. But global elitist stooge Obama seemed to be delivering the goods. America finally became one of the 180+ countries to sign Paris Agreement in 2016.

The global elites danced with joy that their plan to control future fossil fuel usage of each and every country in the future seemed to be sealed, for “control” is what they desire. However Trump came, he saw and he withdrew and suddenly Armageddon was preponed. 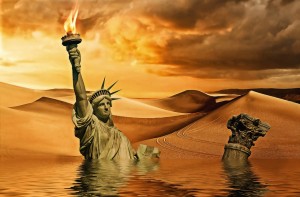 Can’t predict the climate for the next 10 years. Can’t predict the economy for the next 10 years. But suddenly these Climate wizards can predict the exact impact of the climate on the economy for the years 2100! That’s more than 80 years away. It will be exactly 10% of the GDP for America, they say! I guess when you multiply two exceedingly complex problems, instead of being super-duper complicated, it becomes super-duper schoolboy easy!

Heard at the latest climate summit: The collapse of our civilisations and the extinction of much of the natural world is on the horizon! Global Warming is the greatest threat in thousands of years to the planet. Simply wow! 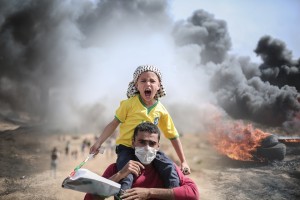 In the above mentioned groups of global elites (Reminder in case you’ve forgotten: Left parties + media + Hollywood + Silicon Valley + academia + liberals + intellectuals + NGOs etc) Israel is the Great Satan and Palestine the harmless spotless angel that has to be saved.

This despite the fact that the current Communist Chinese government has killed or tortured or imprisoned tens of millions of its own citizens. Ditto for the USSR.

This despite the fact there are so many outright dictatorships still functioning today.

This despite the many sectarian religious and terror related wars raging all across the world, especially in Africa and the Middle East. 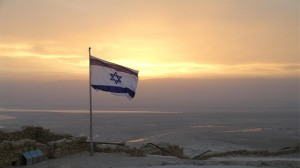 This despite the fact that Israel is the only flourishing democracy in that region, despite being attacked again and again by its neighbours regularly in the last century.

For some reason the global elites and Obama decided to make Iran the pivot of their Middle East policy: This despite the fact that Iran considers America as the Great Satan.

America used to be in a fix. In the Middle East its greatest strategic partner was Israel and greatest oil trading partner was Saudi Arabia. But the two were enemies. When they started warming up to each other, Obama curiously turned to Iran instead. 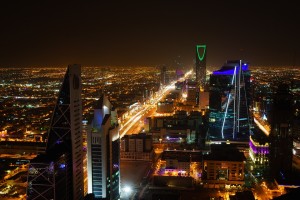 In 2015, Benjamin Netanyahu was re-elected as Israeli Prime Minister contrary to all predictions.

In 2017, Mohammed bin Salman (MBS) became Crown Prince of Saudi Arabia out of the blue.

The three formed a secret alliance to bring stability to the Middle East and bring Iran to heel. MBS told Palestine to accept whatever peace offer they got and even denied visas to millions of Palestinians for Haj. The elites are simply fuming over Palestine.

Little ones lost too…

They have lost all the major battles but have lost the little ones too. They simply can’t stand a person like Rodrigo Duterte winning as President in the Philippines. He called Obama, who also happens to be the Patron Saint of Elites, “son of a bitch” and at another time told him to “go to hell”. 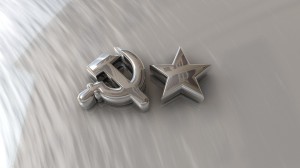 When Communism/Socialism failed in USSR, the elites said, “It wasn’t done properly, it should be tried again”. The same was said for Eastern Europe, Cuba, North Korea and China even though Capitalism saved the latter.

But they know that people have short memories and most people know nothing about Mao and Stalin. That’s why the absolute failure of the socialist Venezuela has them livid. It is a current open festering wound that is getting worse by the day and seen by all.

1. Trump getting re-elected and completely doing what he wants to in his second term and reshaping the Middle East with Netanyahu and MBS.

4. Right now they hate people attacking and rubbishing Climate Change. What could be worse than that? Why all the global citizens ignoring it of course! 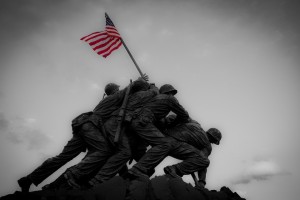 The end of World War 2 in 1945 totally reshaped the world.

The fall of the Berlin Wall in1989 reshaped the world again.

The election of Modi in 2014 also started a new era and it is changing the world even as we speak!