Sonia Gandhi: Indian Congress President Sonia crashed Congress to an abysmal 44/543 Lok Sabha seats in the 2014 general elections. The record low for Congress in the pre-Sonia era was 141. She ended a government which saw a record number of scams (with no close second). 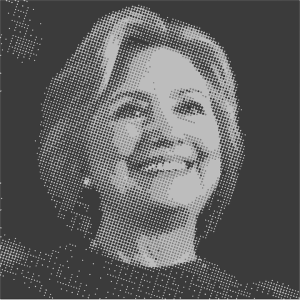 Hillary Clinton: She lost the 2016 US Presidential race despite running the richest electoral campaign ever and getting the complete backing of the entire global media, Hollywood, academia, Liberals, the sitting US President and even the rival Republican old guard.

Theresa May: Became one of the worst UK Prime Ministers ever getting regularly beaten by “None of the above” in surveys asking for the people’s choice as PM. For years she refused to neither implement Brexit nor scrap it outright.

Dilma Rousseff: Did you know that if you take the Top 10 countries by population, then in their entire histories, there has been only one head of state who self-made and wasn’t of the dynasty. Yes, you heard it right. Only one! USA and China are yet to see a woman head of state. Indira Gandhi was Jawaharlal Nehru’s daughter. Benazir was Zulfikar Bhutto’s daughter. Megawati Sukarnoputri was Sukarno’s daughter and so on. The only self-made woman was the President of Brazil, Dilma Rousseff. And she got impeached in 2016!

Angela Merkel: The allegedly greatest German Chancellor Angela finally collapsed, crashing her legacy, her immigration policy for Europe and the EU itself.

Aung San Suu Kyi: The iconic Myanamar leader and darling of the Left-Liberal lobby till now, suddenly found herself a pariah even as her awards are being stripped over the Rohingya refugee crisis.

Kathleen Kennedy’s abysmal “The Force if Feminine” flopped grandly with The Last Jedi under-performing and crashing the entire Star Wars saga which seemed invincible till now. Female actresses also flopped with the Ghostbusters and Wrinkle in Time reboots along with the star-studded Ocean’s 8. Women power seems to have done nothing to the Star Trek (Discovery) and Doctor Who (Jodie Whitaker) franchises too.

The problem of crimes against women is the abysmally low convictions. That hasn’t changed in the #MeToo era. Can the punishment for rape be to lose one’s current job or project or film? In fact, in a backlash, men are already considering hiring lesser women, not being in a room alone with them (severely reducing their collaborating power) and the like.

Christine Blasey Ford became the first woman in history to get a global hearing and an appointment in the highest court in America (the US Senate) after giving zero evidence, zero leads, no venue of crime, no date of crime and initially not even a year of crime. Contrary to what you think, such a thing actually weakens the legal standing for women in the future. How many men have been convicted the world over as a result of #MeToo? 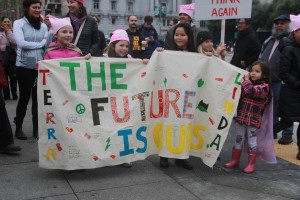 Till the nineteenth century, women couldn’t vote, had many professions shut out against them, didn’t have access to contraceptives, sanitary napkins and more importantly had to have 5-10 children if their families wanted them too.

The Twentieth Century could actually be called the Century of Women thanks to all the tremendous breakthroughs in birth control, ballot boxes and professions of every walk of life. We had women fighter pilots and great heads of state like Golda Meir and Margaret Thatcher. In many professions women actually started dominating.

There was a time when the best of women couldn’t even get entry into a man’s club. And today you took one of the worst politicians of all time and pushed her to the brink of becoming the most powerful person in the world. Such fake thrusts are bound to have pushbacks.

A Real Century for Women yielded dividends while A Fake Decade of Women looks to be blowing up in everyone’s faces.