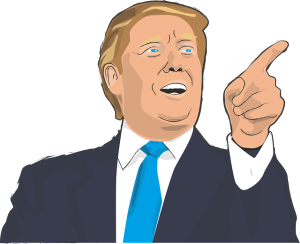 When a thrice married 69-year-old billionaire business tycoon, casino man and TV reality show host enters the political race to select the most powerful man in the world, chances are that he would be seen as a joker by all and sundry.

That is exactly what happened to Donald John Trump when he announced that he would run for President of the United States of America in June 2015. But since then he has come really a long way and emerged as trump card in the American political game.

1. Trump is a rank outsider.

There is something irresistible about the outsider in politics. Everybody the world over is sick and tired of the political system and the same ole politicians that they seek some outsider, even if he or she happens to be an unknown devil.

That happened with US President Barack Obama in 2008 and even Indian Prime Minister Narendra Modi in 2014. And nobody looks and feels more of an outsider than Trump.
He isn’t a career politician and even the Republican old guard hates him.

He isn’t politically correct and speaks his mind no matter how bad it sounds. He seemed to have caught the pulse of a large section of disillusioned American voters quite early. When the country is going through smooth times, voters look for a regular established candidate.

But right now disillusionment against Obama is quite high and foreign policy is in a total mess with the likes Russian President Vladimir Putin flexing his muscles.

Trump looks like a cent per cent contrast to Obama and that may prove to be a great advantage in this election year at least. He has made the best of the Republican rift: The gap between the leaders and the voters.

2. Trump stood up to his haters and how!

But not Trump. He has faced great ridicule and hostility wherever he went. He boycotted Fox News for some time. Alleged protestors of Democratic hopeful Bernie Sanders didn’t allow his rally to take place. Trump got no sympathy from the media and Sanders seemed unrepentant.

Wherever he goes he encounters haters and he is attacked in every forum you can think of. However instead of being cowed down, he has stood up to all of them. He has shown great spine in the face of his haters and this is one aspect which will go down really well in one section of the voters. 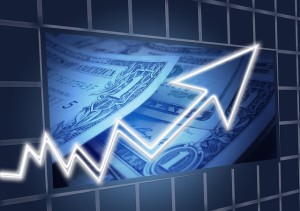 As they say in America: It’s the Economy stupid! If you just followed news around his rallies and speeches, then you’d conclude that he just talks about hate, race and religion. That’s not the case. He seems absolutely obsessed with trade. He keeps talking about it.

He talks of the trade deficit and attacks what he calls Obama’s “disastrous” trade policies. He makes statements like “The great American middle class is disappearing” and that goes down well with the electorate.

He talks a lot about the economy vis-à-vis China and Mexico. While the media focus on his anti-Muslim rhetoric, the voters are listening to something else.

4. Trump has taken on the US media and won.

There was a time the media was a big factor in who went ahead and who didn’t. However that has drastically changed in the last few years. Modi fought the media and won. Israeli Prime Minister Benjamin Netanyahu is hated in the foreign press.

The British press preferred Labour over David Cameron. They all defied the media and won. Trump is the latest media hate target and so far they are losing against him like they have against other foreign leaders.

Social media is also a great counter. Obama is the giant of Twitter. Modi is number 2. They represent the two largest democracies in the world. @HillaryClinton at 5.7 million is ahead of @BernieSanders at 1.75 million.

And @tedcruz at under 1 million is trailing the leader of this US Presidential race on both sides: @realDonaldTrump at 7 million.

5. Trump is seen as a counter to Islamic terrorism.

America always needs an enemy to hate. After World War 2 dictator Adolf Hitler, they turned to Communism. After the USSR collapsed in 1991, they slowly veered towards Islamic terrorism.

Trump has caught the pulse of the American people. 9/11 may be distant, but not totally forgotten. The European migrant crisis has created a scare. There were terrorists in Paris and the San Bernardino shooting further fuelled the fears.

There is a chance the American voters may vote whoever they think can counter America’s No. 1 enemy and Trump just may fit the bill.

6. Everyone hates Hillary and Trump is the best counter.

Who would have thought that a hitherto unknown old Communist Jew called Bernie Sanders would give Democratic frontrunner Hillary Clinton such a scare. Had Hillary not got so many super delegates in advance, the fight might have been much closer.

The American people have serious trust issues with Hillary and she fares poorly in polls where such issues feature. Hillary is the perfect establishment candidate. Trump is the perfect outsider counter.

7. Trump is riding on a global Right wave.

As mentioned above: Modi, Netanyahu, Cameron… the Right is rising all over the world. Right-wing parties are also making great gains in Europe. While Communism collapsed in 1991, the 2010s is finally seeing Right politicians becoming popular.

8. Trump is an unabashed Capitalist living the American Dream.

He’s worth more than $4 billion. He’s built an empire. He’s been a successful TV reality show host. Trump is an unabashed Capitalist living the American Dream and again most American voters appreciate that.

Modi to Trump—Spectacular rise of the global Right

Eerie similarities between reactions to Modi and Trump…

Why Trump Haters Could Well End Up Making Him President

8 reasons why Hillary is a total goner for Prez