The whole world is getting tired of the cry-babies of America who keep screaming that Russia interfered in their 2016 Presidential elections. You could be forgiven for thinking that America was a totally powerless Third World country which could do nothing but whine and whine all day. Here’s a look at why the whole story is grossly hypocritical and humbug in the first place… 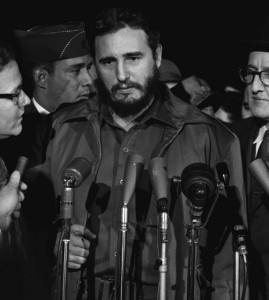 How many times have the CIA tried to kill a foreign leader? The exact number will remain unknown, though one estimate puts in excess of 50 with hundreds of assassination plots.

That’s not including the late Cuban dictator Fidel Castro, though! There is actually a Wikipedia page titled “Assassination attempts on Fidel Castro” and the number there is a mind-boggling 638! That led to the documentary: 638 Ways to Kill Castro.

The CIA has conducted outright coups in countries as diverse as Iran, Guatemala and Congo. It tries to meddle in the affairs of every country on Earth and has reduced certain countries like Pakistan to mere puppets.

Libyan dictator Muammar Gaddafi was beaten to death. He was stripped naked and abused. Gruesome videos were put up on YouTube. When the then Secretary State Hillary Clinton heard the news, she almost broke into a jig with the famous line: We came, we saw, he died! That led to the famous parody video. After all this, for Hillary, the Democrats, liberals and mainstream media to shout from the rooftops that Russia interfered in their elections after presenting virtually zero proof to the world is the joke of the century.

2. But if it really did happen, Obama is to blame. 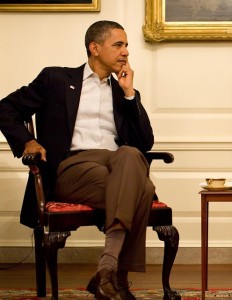 Let’s just say for a moment that the Russians really did interfere in the elections. Let’s accept it as an absolute truth. Well, Donald Trump was just another businessman running for President till November 8, 2016.

Who allowed the hacking to happen? The attack happened under whose watch? The buck stops with? The plain answer is the then US President Barack Obama. He let the country down and it is curious that no-one is even mentioning his name let alone attacking him for this gross and grave security breach.

Secondly, even if he couldn’t have done much to stop it, what was he doing from Election Day November 8, 2016 to Inauguration Day January 20, 2017? That’s a good two months and more. Obama could have easily have instituted an enquiry or started the process of sanctions against Russia.

3. Even if you prove Russia interfered, Trump is another story. 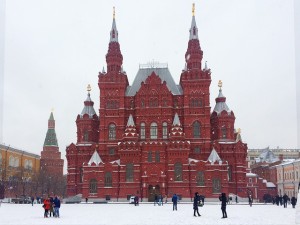 A. Russia hacked the American elections.

B. Russia did it at the behest of Trump.

Right now they haven’t even begun proving to the world that A. happened. In fact that’s why there’s a theory that Obama probably had something to go on regarding Russian interference, but didn’t pursue it because he knew he couldn’t link it to Trump.

4. But then again anybody can hide their digital footprints.

Spook versus spook was murky as it is. In cyberspace things have become even murkier. Anyone can pretend to be Russian and hack into the system. The CIA can themselves stage an internal coup and blame the Russians. There are many Hollywood movies along these lines.

Putin has a point. This is something that will probably never be conclusively settled.

5. Nobody even knows what they mean by “hacked”.

Did Russia hack Hillary’s email server and embarrass her? Did Russia hack the computers of the Democratic National Committee and create bad press? Was Russia colluding with that “hack” Julian Assange of WikiLeaks? Did Russia hack the electronic voting machines of America? If so, how many machines were hacked and how many votes did they manage to switch in how many states? What about swing states with paper ballots?

Everybody uses the word “hacking” to mean different things. Plus nobody has given any sort of details of how Russia could have rigged the voting machines in the first place. Hack: A cheap, mediocre, or second-rate practitioner, especially in the fields of journalism and literature: a charlatan or incompetent. (Urban Dictionary)

6. So little evidence so far that it’s virtually fake news.

Like “Show me the money!” everyone is shouting “Show me the proof!” No concrete evidence has been presented to the public. (The CIA may have something, but we don’t know) It is just a stream endless baseless stories that are based on a stream of endless anonymous (fake?) sources.

That pretty much sounds like a quote misattributed to Nazi propaganda minister Joseph Goebbels: If you tell a lie big enough and keep repeating it, people will eventually come to believe it.

Putin said much more in the above exchange with Megyn…

“Are you out of your mind? There’s nothing concrete, just zero, zero, nothing at all. Simply surprising! It’s simply some kind of hysteria, and you just can’t stop. Do you need to be given some pill? Does anyone have a pill? Give them a pill!”

(At this stage even Prime Minister Narendra Modi, one of the participants of the panel, couldn’t stop laughing!) “

…And the problem is not with us. The problem is within American politics. That’s the problem. Trump’s team proved to be more effective during the election campaign… And the other team miscalculated. They do not want to admit this mistake… It’s easier to say: We are not guilty, the Russians are guilty. They interfered in our elections.”

Then came the sting by Project Veritas that showed a CNN editor admitting it was all bullshit, another CNN Trump hater calling it a nothing burger and a third also talking of Russia as just a ratings game.

7. Ahem, do they really want a President Pence? 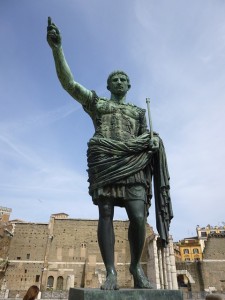 Everyone knows that this is just an ego battle by Trump haters to push for his impeachment and get him out of the way. But if you do that, then Hillary doesn’t become President, but Mike Pence does.

Pence is a Republican hardliner. Liberals would probably hate him more than Trump. Trump is an ex-Democrat who definitely didn’t lead a conservative lifestyle and got the LGBT flag at the Republican convention. Liberals don’t like Pence’s views on gun control, abortion and LGBT rights. As Indiana Governor, he was against the settlement of Syrian refugees in the state.

If President Pence went even more hardline than Trump, nobody would be able to do anything since they had already thrown down all their cards on the table. The Republican march would continue and they might actually get more sympathy.

Maybe that’s why Trump chose Pence in the first place! He calculates everything. 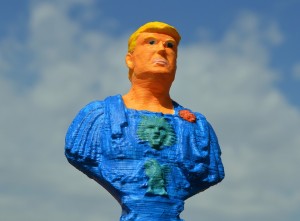 A play presented Trump as a Julius Caesar who gets assassinated. Well these folks definitely don’t know their history. For in real life Julius’ successor Augustus went after all the former’s enemies and finished them off to become the first Emperor of Rome! If Julius Trump is impeached, then Augustus Pence could be much worse for Trump haters!