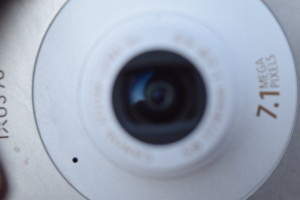 Once the monarch of photography, today Kodak is struggling to re-invent itself in the digital age

Today when you look at a photo graph you still think of Kodak. That’s the legacy of George Eastman, who invented the roll film and founded Eastman Kodak in 1881. Seven years after that, the new company changed the rules of the game and came out with the Kodak n°1. This was the world’s first easy-to-use camera and photography went to the masses. And throughout the twentieth century, Kodak never looked back.

Today Kodak is into computer printers, photo stations, processing services, medical imaging and radiology Picture Archival Computer Systems (PACS). However, near the turn of the century, when digital imaging beckoned, Kodak started making losses, its share price started falling and so did its brand valuation. The stem still hasn’t declined even though Kodak has made great strides in digital cameras.

The reason for that is two-fold. For one, Kodak jumped on to the digital bandwagon too late. Secondly, the future may not see standalone digicams, but convergence devices of which the camera is just a part. That’s where players like Nokia and Sony Ericsson have a huge edge.

In 1997, George Fisher after his success at Motorola was called in to fix Kodak as its chairman. While the future appeared to be digital and many expected Kodak to lead the way, the giant adopted an ostrich-like approach. Comfortable with the huge margins that were still coming in from the 35mm market and not very excited about low margins in digital at the time, Kodak decided to consolidate on plastic. Sure, they announced a $500 million digital R&D budget, but they refused to make digital imaging their core business.

As the years went by and other players started reinventing themselves for the impending digital revolution, Kodak failed to see the writing on the wall. It wasn’t until sales of digital cameras started overtaking that of the 35 mm ones that Kodak decided to shift gears.

In 2004, Kodak announced that it would stop making 35 mm cameras for the developed world. After that it unleashed a slew of digital initiatives. But was it too late? (Further, analysts feel this may have had more to do with the fact that share prices were consistently falling for four years in a row, rather than a love for the digital)

Kodak is on a high after annual sales show that it has grown to third place for digicams in 2004-05. Ahead are only Sony and Canon while behind are HP, Olympus, Fujifilm and Nikon, while Agfa filed for bankruptcy.

More heartening is the fact that in the latest quarter, Kodak takes first place.

Good news? Not so think investors. Top rating company S&P, which had already been telling investors to stay away from Kodak, stuck to a gloomy forecast despite the “first place” news. Why? Well for one, Kodak is still the largest supplier of camera films in the world. And these sales are in a state of decline and may one day become next to nothing. Secondly, the hottest segment today in the camera market is mobile cameras or mobicams and that is where Kodak doesn’t have a presence.

The future camera in all probability will be part of a convergence device. Nokia has taken a big push into what it calls “multimedia” devices and the alliance between Sony and Ericsson will ensure that it remains in business no matter what direction the market takes.

Another factor is the form factor. If you think of stylish and good-looking digicams in the market, then you think of Sony and Canon. While the technology behind Kodak digicams is sound, it still has a long way to go in the looks department.

Sure, it has come out with the popular EasyShare digicam range and the Ofoto option for the online user. There’s also Printer Dock Plus, that lets you print straight from the digicam. It’s also part of technology innovations like high-definition OLED that could be the preferred display for all digicams of the future.

But, big companies have survived by staying a step ahead of technology. Kodak has just about matched its steps with the digital world.

The next few years will be critical to see whether it can remain ahead of the rest.

1964. The then IBM chief, Thomas Watson Jr. sunk a humongous $5 billion (about the turnover of IBM at that time!) and decided to junk all existing software and hardware and develop the System/360 range of mainframes. While people dismissed Watson Jr as crazy, IBM took centre stage in the IT revolution and successfully re-invented itself.1993. IBM was ailing and Lou Gerstner did the unthinkable again and decided to shift IBM’s core business to services, while consolidating in the server market. He laid the foundation of an eventual selloff of the PC division. IBM which invented the PC, sold off the PC division to Lenovo