Congress dynasts do nothing and are given power after which they rule like dictators. BJP leaders work their way up the ladder and when they reach the top, they are attacked 24X7 by the mainstream media, liberals and so called intellectuals. If that’s not enough, then the Congress dynasts are called secular democrats while the BJP leaders are called fascist dictators.

The latest in this long line of dual identity switching is Congress leader Sonia and Gandhi and Indian Prime Minister Narendra Modi. A look at the reasons why Sonia, not Modi, has been ruling her fiefdom like a dictator…

1. Congress President for a whopping 20 years. 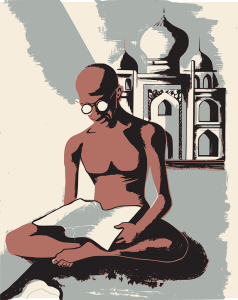 If you look at the list of Congress Presidents then it’s an illustrious list full of stalwarts who ruled by rotation. Very rarely did anyone rule at a stretch and a double figure reign was unthinkable. Well Sonia was President for an amazing 20 years, from 1998-2017.

So does that mean she was the best President ever who got elected by a thumping majority? Not really. Her tenure started with the then President Sitaram Kesri being locked in the toilet so he couldn’t oppose Sonia. Then in 1999, Sonia crashed the Congress to 114/543 Lok Sabha seats, the worst ever.

After that from 2004-14, she fired from Prime Minister Manmohan Singh’s shoulder and gave the worst and most corrupt government in Independent history and broke her own Lok Sabha record Congress for a paltry 44 seats. Yet nobody challenged her and she passed her title to her zero achievement son Pappu.

2. Remember the social media crackdown and the dreaded Section 66A? 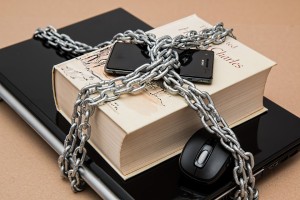 Remember the dreaded Section 66A of the Indian IT Act where you could be arrested even if you annoyed a politician. That led to great mayhem in the run up to the 2014 general elections. Many were arrested while a good number of Congress critics got threatening notices.

Interestingly even in the run up to the 2019 elections it is Modi and BJP supporters who are finding their social media accounts suspended and deleted proving that Modi is not the dictator. However Sonia’s party continues to crack down even after being out of power.

It runs in the family actually. Jawaharlal Nehru brought in the First Amendment which severely curbed freedom of speech. Indira Gandhi imposed Emergency. Sanjay’s goons would beat up anyone who disagreed with him. Rajiv tried to impose the anti-defamation bill which would jail journalists. What’s new? 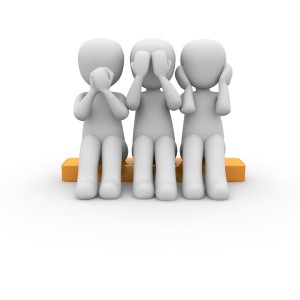 3. Secretive and aloof beyond measure.

Forget doing anything against her, she can’t even be discussed. Her IT returns, travel plans and mystery illnesses do not come under Right To Information. You can’t know anything about her. You can’t ask anything about her. She’s royalty and you have to bow down your head when it comes to her. She is powerful that we don’t even have the right to any kind of information that she deems unfit.

Nehru faced some dissent in his time. Rajiv was totally disgraced by the end of his term in 1989. However from 2004-19 the entire mainstream media has shown that it is petrified of her. You can’t do articles critical of her and have to withdraw completely if “Sonia is unhappy”.

Every editor wants to be in her good books. Every media house quakes in its boots at the thought of her. Does this sound like a democracy or a dictatorship?

5. Zero dissent and debate with fleet of sycophantic leaders.

A whole galaxy of leaders opposed Nehru, Indira and Rajiv under their reign. However after the deaths of Madhavrao Scindia, Rajesh Pilot and Jitendra Prasad, Sonia ruled the party like a dictator from 2001-17. Nobody could challenge her. Nobody could stand up to her. Nobody could question her decisions. Quite strange in an allegedly flourishing democracy like India!

2004-14: Sonia was the most powerful person during UPA. UPA was also the most corrupt and worst governed regime. Yet Sonia is 0% responsible for all the problems of the UPA? How does that work? Why did the Prime Minister of the land behave like a servant and treat Sonia like his master. Why is MMS still petrified of her? Fascist dictator anyone?

8. National Advisory Council and its constitutionality.

9. What about all those crimes?

Modi was accused of dozens of crimes and there was never even a chargesheet. However Sonia is actually an accused in the National Herald scam. Her name also cropped up in an Italian court in the Agusta Westland scam. BJP leader Subramanian Swamy has even linked her name to the 2G scam, exodus of antiquities, the KGB etc. But nobody may even look into it, speak of it and even deny it, for that will acknowledge its very existence. She who must not be named. Her scams must not be named.

10. Cult of Sonia alive even today.

Even in 2019, a powerless Sonia is still not investigated, attacked or even criticized. Media houses stay clear of her, politicians do not want to take her on and investigative agencies would rather look the other way when her name crops up. She may yet be India’s greatest dictator wince the days of the British Raj.

10 reasons why Sonia Gandhi is the worst Congress President ever