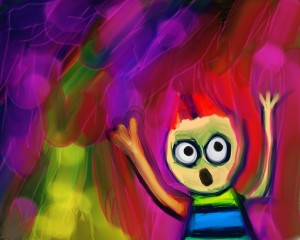 Conspiracy theorist: Trump is not serious about the US Presidential race.
Citizen: He looks pretty serious to me.

Conspiracy theorist: He can’t win the Republican ticket, even if he does, the party will stop him via the brokered convention.
Citizen: He’s the Republican candidate! 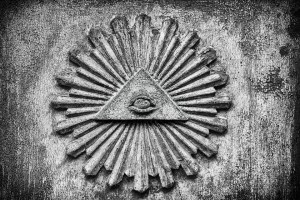 Conspiracy theorist: Well there’s still an outside chance that the Electoral College will reject him or you never know, he may not want to be President. He never wanted to be in the first place.
Citizen: He’s President!

Conspiracy theorist: Don’t worry, he’ll either be impeached or quit in frustration.
Citizen: It’s the second half of 2019 and nothing seems to be happening!

Conspiracy theorist: Don’t worry, he’s a Hitler supported by Nazis and he has to quit or HE WILL BE IMPEACHED!
Citizen: I think he’s winning a second term!

If millions of people think the Earth is Flat, what difference does it make to you and me?

But this is one conspiracy theory that has divided the entire world and led to millions of Americans having severe psychological problems.

Definition of fake news…
Anything that remotely favours Trump or criticizes Hillary.
Soon to be implemented by Silicon Valley czars.

Bizarre.
A violent rampage by Hillary supporters is proof that hate crimes have increased in America due to Trump.

Hillary was the worst product in the history of democracy.
But still aggressive marketing made her win the popular vote and 232 Electoral College votes.

In Bill’s 8 years, Hillary was his Right Hand.
In Obama’s 8 years, Hill was his foreign policy architect.
Had she won, it could have been 24 years of Hill!

Trump unpresidented the Democrats bigly.
It was so yuuuuge they still don’t know what hit them.
It’s not braggadocious.

2015-16—Most of the hate crimes in America have been committed by Hillary supporters.
But that’s enough for media to claim Trump is a bigot.

Hillary said Trump only ranted and attacked—she did that in the end.
Her supporters dismissed opponents as conspiracy theorists—Now they cry conspiracy.

Heights of Delusion.
She will win by a landslide.
She may win in the recount.
She could win after Electoral College defections.
She lost because of Putin.

Liberals before US elections…
Deserving candidate will get 300+ Electoral College Votes.
Dictator will lose.
They were right!

California is full of Liberals and Democratic Hollywood + Silicon Valley.
Trump would never have got them and he didn’t bother.
He won the popular vote in 49 States.
They still don’t get it.

The leaked documents on the sins of Hillary could now fill an entire library.

Hillary-Obama West Asia mismanagement may have cost tens of thousands of lives.
At least it’s open to debate.
How many did Trump kill?
“Hitler” has become a joke.

For media, liberals, intellectuals, Leftists, seculars and DNC, Hillary is the messiah and Trump is an anti-Christ.

If you are perplexed at how Modi won and Trump is winning, it means you read/watch too much of mainstream media.
Social media trends are rarely wrong.

For those still thinking that Trump is “fringe” and “pariah”, know that 14 million people have already voted for him!
‪#‎RepublicanPrimaries‬

Bill’s charisma pushed her to the Senate.
Barack made her Secretary of State (out of guilt?).
DNC made her a Presidential candidate.
Self-made?

In a fair election, Sanders may have beaten Hillary.
By settling with a DNC apology and endorsing Hillary—he’s betraying his own supporters. 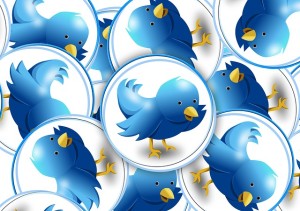