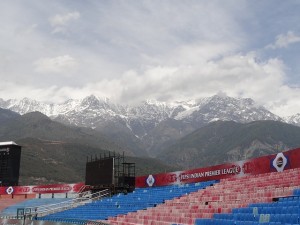 No matter what day of the Test, when India begins its second innings, it is always just one session away from defeat.

If Winnie the Pooh led the Australian Test team, they’d still thrash us 4-0.

What Shikhar Dhawan may have wanted to say after his 81 at Brisbane…
I was inspired by the great Australia batsmen during their batting in the first innings.
I kept counting the milestones one by one.
First I went past Lyon (23) then Hazlewood (32) and finally Starc (52).
My only regret is that I couldn’t go past the great Mitchell Johnson’s 88.
All these great batsmen can give a few tips to our top order batsmen.

The Indian attack is great at getting batsmen out.
It just can’t dismiss the bowlers.

After Kapil Dev, India has produced 25 fast bowlers faster than him, but not even one who remotely matches his fighting spirit.

Lightning strikes once.
Rare if it strikes twice.
If it strikes 10 times, then you’re the Indian bowling attack hit by the tail.

If the Indian bowling attack took 19 wickets in 3 days on a foreign Test pitch, then you can be sure that the 20th would elude them for the next two days.

This is MS Dhoni’s 59th match as Test captain and Steven Smith’s first.
Frankly, it looks like the other way round.

In an overseas Test if India scores 450 and the opposition is 200-5, the Indian fan asks…
Can we somehow have a miracle and draw this match?