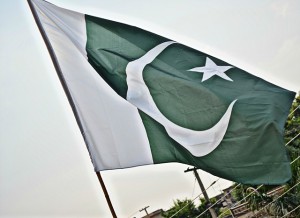 If the ISI is declared a terrorist organization by the US…

ISI: But I report directly to the Pakistan Army Chief!

Pakistan Army Chief: But I report directly to the Pakistan President!

Pakistan President: But I report directly to the US President!

US President: Hey! But I report directly to… no-one!

∙ Feels like Dhoni was born and brought up in Chennai. Won’t be surprised if he stars in Shankar’s next film speaking fluent Tamil!

∙ Dear Bharadwaj,
Karnataka is not fond of Pratibha Patil.
Kindly leave her out of the equation.
Regards,
Even someone who’s not a fan of Yeddy.

∙ There was Houdini, who could get out of any situation, no matter what…
Then there’s Houdhoni!

∙ From now on, the Indian version of the Punch and Judy Show will be referred to as the Hans and Yeddy Show.

∙ Charlie Sheen was the only Man in Two and a Half Men.
With the way it is going, they should rename it…
Three Half-men.

∙ In case of midterm polls in Karnataka, Bharadwaj should be the Cong CM candidate.
He’s the only Cong face and his aggression may well help the state.
(In 2014, if BJP wins at centre, then BSY can become Governor)

∙ Petrol prices in India don’t need Viagra.
They keep rising all the time no matter what…

∙ If India had to retrieve its most wanted out of Pakistan, we’d require a fleet of A380s to do so, not a bunch of choppers!

∙ I am not ashamed of being an Indian.
I am just sickeningly and totally used to it all by now.

∙ Right now, the US government is fantasizing of doing the same thing to Julian Assange.

∙ Second Thoughts: All Pak Armymen begin their career in Abbottabad. So it was only natural that ISI’s biggest recruit began his career there under a new boss.

When the Pakistan President met the ISI chief after the Osama killing, this is what they sang to each other…

This spoof by Sunil Rajguru