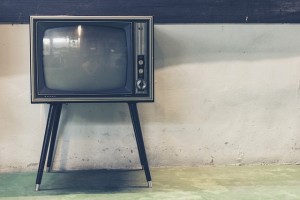 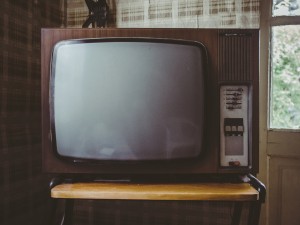 An American resident today has access to dozens of TV channels. A technique is now being devised to make 600 channels available, most of them specialized. This makes the Indian viewer feel that he is living the Stone Age.

Doordarshan cannot even give one channel of clean entertainment and an intolerable ennui is shelled out day after day. The metros prove no better than poor cousins of the national channel. For variety, there is Star TV but satellite TV in India is definitely not free viewing.

Doordarshan begins with its morning transmission service, which is a mundane affair. After hearing your national song, your host comes along with a puppet in tandem presenting you with an update of the population clock. In the next two hours or so, you are subjected to more moral lectures and world philosophies that your father could have ever hoped to give you.

One has to have considerable talent to view your ideas in a ten-minute serial and talent is one thing clearly lacking here. Most of the serials dwell on humour, but the jokes fall far short of making you smile, let alone laugh. One misses nothing if all these serials are missed. Upbeat are only the slick business serials. Now even this ‘light’ entertainment has been replaced by ‘Yesterday in Parliament’, making you wish that yesterday had stayed in yesterday.

If the morning transmission is bad, the afternoon is worse. The hosts in the hour that they are present talk nothing but unoriginal, flat and repetitive nonsense. Their artificiality is enough to get on your nerves.

In the children’s stories, the kids seem more involved in clapping, smiling and talking than in actually listening to the story. The subsequent serials for adults dwell too much on morals, are too goody-goody, too obvious and sans any creativity at all. The less said about the acting and direction, the better.

The quickness and frequency in showing repeats is also appalling. More than a year back, afternoon transmission had interviews with housewives on what programmes they liked.

The answer was unanimous, ‘film song’. No one said much about the serials on information and entertainment.

The 9’O clock serials are average with few good contributions here and there. But on reading that more than 300 serials are in the cans and 4000 plus in the files, one questions the selection procedure.

The Punjab and Co. serials have been shown ad nauseam. In fact Doordarshan has done a greater job that the government in pursuit of national integration.

The news presented is highly unprofessional. Sometimes the number of mistakes in a single bulletin cannot be counted on one’s fingers.

Authorities had made it clear some time back that they preferred smiling faces to correct pronunciation and presentation. Serious Salma Sultan was booked and others, with all their faults were excused thanks to their smiles. The number of birth and death anniversaries announced is increasingly alarmingly day by day. Then there are other minor and major mistakes. Once, when one of them said ‘tragic tragedy’, one was left wondering, what else? Sabitini once beat Graf 5-4 in a tennis set. When the pre-World Cup triangular series cricket matches were on, DD announced one night that West Indies were out of the tournament. At that stage, it was possible for the Windies to even top the table! The file photographs of prominent personalities also seem to be limited in the news desk.

Then, a news editor is under constant pressure and may end up showing a news item or giving prominence to something he doesn’t want to.

One has often heard of news editors being shifted for insignificant reasons.

The Sunday World of Sports programme still lacks the élan and viewership had dropped dismal below 5 per cent at one stage. The presenters amaze you at times.

Boris ‘Bo-kaar’ was Wimbledon champ in ’86. Once the presenter was struggling to give the name of the fourth participant in the Women’s Asiad winners relay and simply ended with ‘she finished the race’. What really took the cake was a tremulous and red-eyed professional expert one Sunday afternoon. The suffering and nervousness would have put even an amateur to shame. A confused view of events was presented. After trial and error, three combinations of teams of the pre-World Cup triangular cricket series were given and all three were wrong!

Most of the current affairs programmes end up as boring discussions between participants and a really good serial ‘The World This Week’ with its breaks is off the air more Fridays than off it.

Doordarshan has its fair share of good and bad announcers, but quite a high number of mistakes are made. Occasionally the camera is focused too early. Once when a hostess was caught off-guard, she bit her tongue like a small child and at another time was found shouting at someone. Bangalore Doordarshan cameras once captured an announcer happily drinking water.

When Rajiv Gandhi got assassinated, the announcer was found sans make-up and one even had her eyes moistened with tears. This is just too much. In a professional set-up, there is no need to get sentimental.

However, what was really disastrous was one Saturday afternoon hostess. The day’s guest was a poetess of humour. After cracking umpteen jokes, no more that a faint smile came on the lips of the hostess. When the guest questioned the lack of laughter, the reason given was that there were many problems on the home front! One couldn’t believe one’s ears, for after all, this is national network and announcers can stuff their nonsense at home.

The CPC had started with a lot of fanfare and does concentrate on ‘slickness’, but even that hasn’t made much headway with mostly sing-song series being presented.

The family planning and immunization songs are being presented with such frequency and regularity, that they might soon become our national songs.

At the beginning of this year, Star TV viewership was no more than 4 per cent.

A recent survey shows figures shooting to 25 per cent with a similar percentage contemplating a connection. So once the Star TV Hindi channel is installed, DD will face extinction if it doesn’t improve itself considerably, as viewers will switch in large numbers, irrespective of the fact whether they have to pay for satellite TV or not.

(This article appeared in Deccan Herald newspaper in 1992)