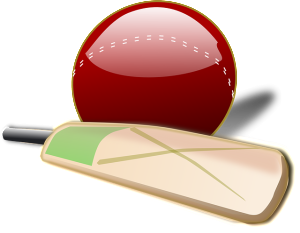 In fact one could well say that the time is right for a cricketers’ coup!

Historically India is one of the few countries where cricketers stayed away from cricket administration. The reason for this is that politics of any kind is dirty in India and cricketers couldn’t compete with two-bit politicians. Even if any ambitious cricketer would happen to enter administration, he would find himself isolated.

So politicians and industrialists entirely took over the BCCI. For example the tussle between Sharad Pawar and N Srinivasan for the leadership of Indian cricket long back was nothing but a battle between a politician and an industrialist.

However Indian cricket has changed drastically in the last few years. One finds that unlike the past, in 2016 we have a galaxy of cricketing giants who happen to have picked up a lot of administrative experience. What if they got together and took over the BCCI?

At the head of the pecking order is the legendary batsman Sunil Gavaskar. He is by far the most experienced now. He was briefly an ICC Match Referee and also Chairman of the ICC Technical Committee.

He has been an advisor to the BCCI for long and was also interim BCCI President in 2014. He was put in charge of IPL8. Gavaskar is such a legend that the India-Australia Test series is named after him and Allan Border!

His protégé all-rounder Ravi Shastri was temporary coach in 2007 and is currently Team India Director.

Then there’s record breaker Sachin Tendulkar, who’s a Rajya Sabha MP no less and his Bharat Ratna has only added to his status. What if Gavaskar, Shastri and Tendulkar got together and decided to take over the BCCI?

They not only have the clout but also the chemistry to work together. Gavaskar was a great backer of both Shastri and Tendulkar and the latter also look up to him and so they could be a really great team.

They are not alone. Legendary captain Sourav Ganguly has also taken over the Cricket Association of Bengal. Dada also has both the guts and experience to take over the BCCI should the above three show no interest.

Top spinner Anil Kumble was Karnataka State Cricket Association and his Vice President was Venkatesh Prasad and Secretary Javagal Srinath, both Test bowlers. In addition Kumble is the Chairman of ICC’s Cricket Committee.

Former Test player Shivlal Yadav was declared interim President along with Gavaskar in 2014. One can’t remember when so many cricket legends were in administration together and it would be great if they all got together for the good of the game.

In fact there are many Test players who already have become officials at the State association level. 1983 World Cup winning captain Kapil Dev was also India coach and has great experience in launching the now defunct Indian Cricket League (ICL). “The Wall” Rahul Dravid has entered the system by becoming India A and India Under-19 coach.

The time is ripe for all our cricketers to take administration seriously like most other countries do.

Test players Colin Cowdrey of England and Clyde Walcott of the West Indies were the inaugural Presidents of the International Cricket Council. Even the Pakistan’s Zaheer Abbas, a cricketing legend, became ICC Chairman.

India in contrast has had the late Jagmohan Dalmiya, Sharad Pawar and Shashank Manohar. None of them are cricketers! Even Pakistan beats us to it in that regard! Ironically when Australia proposed former Prime Minister John Howard for the ICC, India was the most vociferous opponent!

India’s policy seems to be: When it comes to cricket, for us politicians will do, but for you it has to be cricketers!

Down under, both Mark Taylor and Matthew Hayden have been directors in Cricket Australia. Who can forget that Greg Chappell was part of the revamp of Australian cricket a couple of decades back and that led to a long domination by that team in all forms of cricket?

At the end of the day it is cricketers understands problems of cricket and who can bring about a change.

Indian cricket hurtles from one disaster to another and it is only Gavaskar and company who may arrest the slide if they should choose to take decisive action!

Nothing less than a Test cricketer becoming BCCI President will do!

(This originally came in November 2015. This is an updated version)