A lot of people had great expectations from Prime Minister Narendra Modi when he took charge way back in 2014. For some he has already delivered in terms of streamlining the bureaucracy, lifting up foreign policy, implementing OROP, roadmaking and power augmentation.

Modi haters will never be satisfied with him though. But another unsatisfied group is the Right. The Left-wing media will tell you they are a hardline rabid group, but that is far from the truth. There is the Cultural Right. The Economic Right. The Political Right. The Hindu Right.

The Left in India has totally suppressed all voices from the Right for decades, but such groups are finally making their voices heard. Here are some issues which the Right wants more urgency from Modi… 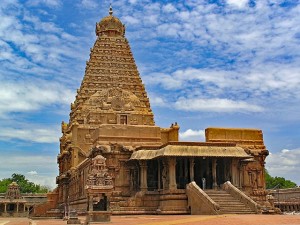 1. Hindu temples autonomy: India is a strange country where the minorities have more rights than the majority. It’s difficult to see any other country with such an equation and still we have debates over intolerance and the demonization of the majority religion.
Churches and mosques have a much greater autonomy but not Hindu temples. In fact a combination of commissions and legislation has meant that governments are more and more taking over the running temples.

Why should the government take over temples in the first place? Specific legislation is required in Parliament to grant Hindu temples complete autonomy and that’s something only Modi can do via the relevant bills.

2. Greater support for Indic and Hindu studies: The British had a view of India and that reflected in our history books and textbooks. The British left but the view continued. The Communists perpetuated these myths. (In fact, paradoxically, Hindu culture itself is called mythology!)
When I passed out of school and started reading a lot more on history I always wondered why there was so much focus on Communism, the Mughals and the British worldview. Hindu empires and achievements for some reason were downplayed.

We need a complete revamp of our history textbooks, have more government funding into our history by academicians sharing an Indic worldview and not a Western one. While a move is on by the government, it’s already going to be two years since Modi took over. 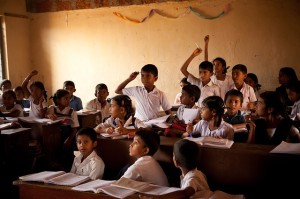 3. Repeal of RTE: The Right To Education is a very fancy sounding word. It implies education to each and every child in India. That would actually mean revamping all our government schools and introducing thousands more. Nothing of the sort has happened. RTE should actually be renamed to “Reservation of Students in Private Hindu Schools” for that is what it is. The RTE is inadequate and riddled with contradictions.

Again minority institutions, which flourished thanks to the British legacy, have been kept out of the ambit.

4. Implementing a Uniform Civil Code: This would automatically cover things like temple autonomy and RTE. There is also a desperate need for boosting the rights of Muslim women in India. Maybe the UCC’s time has finally come, but curiously it is the Supreme Court which seems more active on the issue than Modi.

But the UCC seems to be totally off the table. Numbers in the Rajya Sabha may have a big deal to do with it. But there’s very little chance of the BJP getting 51% of the Upper House on its own till 2020 and that too if all things go well.

Interestingly Arun Shourie is a rare political leader who has written in detail about both Muslim and Hindu issues and people have failed to find holes in his arguments, but he finds himself a pariah in the new dispensation. 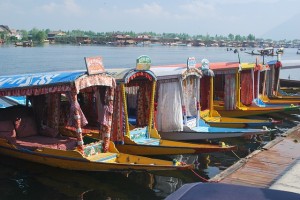 5. Abolishing Article 370: This grants special status to the State of Jammu & Kashmir and is quite controversial. Father of the Constitution Babasaheb Ambedkar fought against it and Bharatiya Jana Sangh (the precursor to the BJP) founder Syama Prasad Mukherjee died mysteriously in Kashmir opposing it.

AB Vajpayee as Prime Minister could do nothing and many thought Modi would be the first to do something here. But that’s unlikely. Apart from numbers in the Rajya Sabha, the PDP (a party which will never ever even discuss the scrapping of 370) is their partner in J&K. But forget any amendments; there doesn’t even seem to be a debate on it.

6. Pushing for Ram Mandir: Modi did make religious references in the 2002 Gujarat Assembly campaign, but from the 2007 one he has been toning himself down and talked only governance and development in 2014.

It is doubtful that he will upset the apple cart by touching this controversial topic. Moreover the case is now in the Supreme Court. In fact it is BJP leader Subramanian Swamy who has been the most vocal on this issue and not Modi. 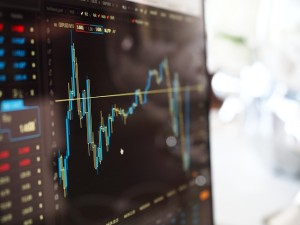 7. Pace of economic reforms: Rajiv Gandhi looked to be Right leaning but India first turned Right economically under PV Narasimha Rao and his good work was carried forward by AB Vajpayee. However Congress President Sonia Gandhi did a U-turn and went full Left. While Modi has turned Right again, many are not satisfied with the pace of reforms. The industry and middle class would like to see more action on the economic front.

8. Being more tough on the Dynasty: Nehru was the first great Leftist. Sonia took that forward with a vengeance. Rahul looks to carry forward the Nehru-Sonia legacy. Thanks to the colossal amount of scams in UPA2, a lot of people thought Congress leaders would be in jail by now and the legacy would be finished.

However nothing of the sort has happened so far. Sonia is facing National Herald woes thanks to Swamy and not Modi. No concrete action has been taken against her son-in-law Robert Vadra who has many allegations against him.

The AugustaWestland scam names Sonia, her right hand Ahmed Patel and former Prime Minister Manmohan Singh. It remains to be seen whether Modi finally nails all of them or lets them get away. 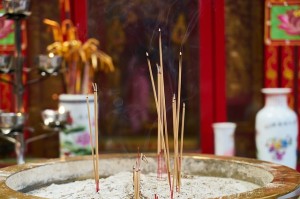 9. Promoting Hinduism directly: While Modi wears his religion on his sleeve and is undoubtedly pro-Hindu, he still has not brought in strong legislation related to protecting Hinduism. Even on things like the beef ban, Congress governments did the actual implantation in the past and courts today are more pro-active.

Vajpayee wore a mask and LK Advani praised Jinnah’s secularism. What Modi does remains to be seen but the RSS-VHP is getting impatient. 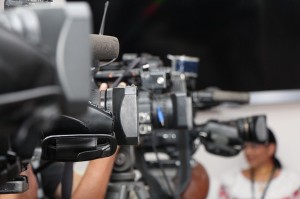 10. Taking on the mainstream media: Since Modi and the MSM have been such vicious adversaries; Modi was expected to take action against the alleged misdeeds of the media houses. The media leans firmly Left and social media space is free and independent and naturally leans Right. That could be because the Right has been suppressed now and most of the people in India lean Right and not Left.

Nothing of the sort has happened. Modi continues to ignore most of the media while other BJP leaders keep visiting the studios of the very news channels that abhor them and insult them so much. Raids on NDTV have begun, but it remains to be seen if anything concrete happens.