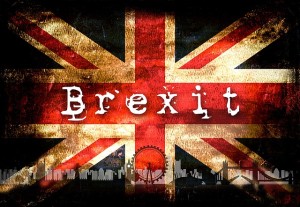 A report says that people in their sixties voted the most for Brexit. (Great Britain’s exit from the European Union)
Think it over.
Most of these people were in their twenties in 1973 when Great Britain joined the European Economic Union (EEC) which subsequently became the EU.
This generation started working in the new order and spent a career in it and retired in it. Aren’t they then the most qualified people to decide whether Great Britain should remain part of the EU or not?
And yet the rest of the world is by and large rubbishing them.
Some are saying the democratic process has failed. One even asked 60+ plus people to be banned from voting!
Whether it’s Indian Prime Minister Narendra Modi, American Republican nominee Donald Trump or Brexit, it has become quite fashionable to nowadays to rubbish the democratic voting process which with all its faults is a hundred times better than military dictatorships, religious States and Communist countries. (Also ironic that many fierce critics are Communist intellectuals)
What has been US President Barack Obama’s contributon to the plight of immigrants of Europe? No need for the common person to debate that.
All you have to do is rubbish Trump’s likely future policies.
How are a few dozen Indian politicians ruining India beyond repair? No need to debate that, just rubbish Modi.
How did the EU help Greece? How will German Chancellor Angela Merkel’s open door policy affect Europe in the long run? Will it destroy it? No need to debate that, just rubbish Brexit. Did immigration play a key role in Brexit? Just label the “Leave”voters bigots and move on.
A Prime Minister called an election. 70+% people voted. 50+% wanted Brexit. The PM resigned because he didn’t agree.
No violence. No riots. No murders. No political prisoners. This is still the best way we have of making decisions.
And yet so many people are still frothing at the mouth!