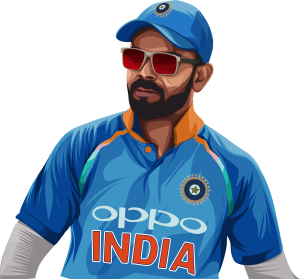 In the 2014 T20 World Cup India played spectacularly winning 5 matches in a row including the semis where they comfortably chased a target of 173 against South Africa.

Then in the final they crashed to an abysmal 130 in 20 overs to lose.

In the 2015 ODI World Cup, we bettered this league performance winning a whopping 7 matches in a row including a 300+ score versus Bangladesh in the quarters.

In the 2017 ICC Champions Trophy, we were humiliated by Pakistan, crashing to 158 all down chasing 339.

In the inaugural Test World Championship, we topped the global rankings but crashed to 170 all down in the second innings when even a 220 might have been enough to draw the match thanks to all the rain delays.

And in the recent T20 World Cup we got thrashed by 10 wickets in the semis.

If we had bad teams and lost to a better team it would have been different. But we have been doing consistently well in the leagues and then crashing at the last moment.

Let’s see when the next golden period begins.