In 2002, most polls and experts said Modi would lose. He won.

In 2004, most polls and experts said the NDA would win. It lost.

In 2007, most polls and experts said Modi would lose. He won.

In 2012, most polls and experts said UP Assembly would be hung, but SP stormed to power.

In 2015, most polls and experts said Brexit couldn’t happen. It did.

In 2016, most polls and experts said Trump would lose. He won.

Now that polls have been announced in Uttar Pradesh, Punjab, Uttarakhand, Goa and Manipur, get ready to have these same pollsters and experts give us major arrogant gyan again all the while making tonnes of money. They will move on seamlessly to their next prediction with zero accountability if they are proved totally wrong.

Sad fact of life: The more the pollsters and experts get it wrong, the more money they make.

(And even if they are right this time, it really doesn’t change their overall abysmal error rate for important elections.) 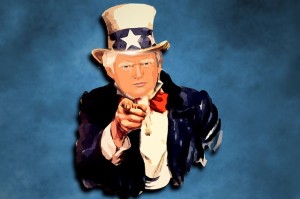 No President ever spoke this grand for 8 years straight, got so much global love and did so little in the end.

If Russians hacked elections—it’s an Obama security breach.
If they didn’t hack, then he’s lying.
Either way it makes him look bad and as usual he’s still taking the moral high ground.

The only thing Putin seems to have hacked is the collective IQs of Obama, Hillary and the Democrats.

Democrats-Hillary leaked information like a sieve and it was a virtual free for all.
Now Obama plays the good ole Indian allegation trick: The foreign hand!

Republicans believe in the Republic.
But I am not sure if the Democrats believe in Democracy.
#Inauguration boycotts and violent protests.

Kejri wanted to be Prime Minister but settled for Delhi Chief Minister.
Hillary wanted to be President but supporters want her to settle for New York Mayor.