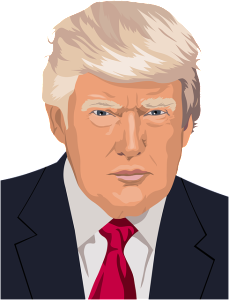 …after he became President elect of America…

1. Denial: He can’t have been elected. Hillary won the popular vote. That’s not fair! There’s been some mistake. This can’t be happening. Why have all the voters been fooled in this manner? The Electoral College sucks. It must be done away with. #NotMyPresident. We need a recount! A recount might just overturn the verdict! What if the Electoral College voted by conscience. There’s still a chance! Cry. Sob! Sob! Boo hoo! How have we become such a racist country?

2. Anger: He’s a dictator who will destroy America and the world. There will be a dictatorship. He will turn America into a Fascist State! There will be no rights for anyone. Freedom of speech and expression won’t exist! Protest! Rant! Rage! Riot on the streets. Beat up Trump supporters. Bully Electoral College members and threaten them.

4. Depression: The Great Depression. The delusional media will cope by continuing to manufacture outright lies. Liberals, Hollywood stars, Silicon Valley czars and so-called intellectuals cope by trivializing Trump’s every move. A schizophrenic dichotomy will be created where in the real world Trump will be doing pretty well but in the virtual world he’ll be a total disaster.

Freedom of Speech.
Followers of Obama, Hillary, Sonia etc can abuse as much as they want.
Followers of Trump, Modi etc can’t criticize.

Trump was attacked and abused 24X7.
His Presidency will be smooth for him because he’s already used to it.

Sonia agitating in the streets and giving interviews.
Pappu standing in ATM lines.
Both already appeared in court like commoners.
#AccheDin

By the time the Opposition finishes with its nautanki and the courts finish analyzing it, #Demonetization would have been fully implemented.

For most Opposition parties, Demonetization is nothing but Demoralization.

Take news channels seriously and it’ll appear that in the last 10 days, 100 crores have been standing in line for 10 hours a day.

During recession…
“No vacancy” at offices.
During #Demonetization…
“No cash” at ATMs.

Sad to see Opposition leaders press the self-destruct button one by one.
They are bent on making Modi a dictator post-2019.

Pappu: Has no brain.
Puppet: Can’t use his brain.

Rahul is about
½ of Manmohan’s age
¼ of his grace
1/6 of his experience
1/8 of his intellect
But Manmohan is zero.
So they are both same in the end.

Advisor: We are at an all-time low of 45 Lok Sabha seats. We can’t go any lower!
Pappu: Challenge accepted!

All dynasts got Prime Ministership/Remote Control on platter.
Pappu has been an MP for 12 years and is still struggling.
#AccheDin