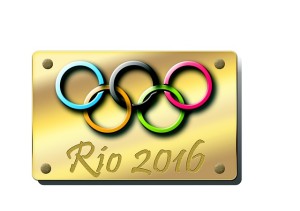 ‪#‎Irony‬
Shobhaa De trolled the India Olympics contingent really gracelessly.
Instead those who outed her are being called trolls.

I think they should award a fourth place “Pewter Medal” in the Olympics for the benefit of countries like India.
‪#‎Rio2016‬

Other countries…
You don’t win a silver, you lose a gold.
India…
You don’t lose a bronze, you win a fourth place.
‪‪#‎Reality‬