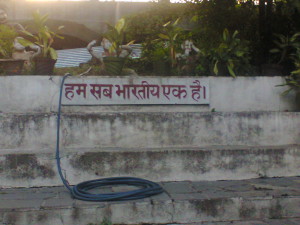 The mainstream media all over the world (newspapers, magazines and TV channels) is more manipulative, more vindictive, more driven by profit and monetary considerations, more driven by political alliances and in some cases more factually incorrect than social media (Twitter and Facebook).

When mainstream media lies, it may take you decades to figure it out.

When it comes to governments, you may never know. 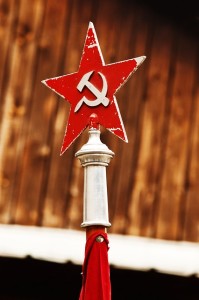 Communism is an authoritarian ideology which believes that the State is a dictator and all its citizens should be oppressed in perpetuity. It collapsed partially in China in 1978 and totally in the erstwhile USSR (The Union of Soviet Socialist Republics) in 1991, toppling all the Communist regimes in Europe. Experiments in Cuba and North Korea converted it into a full-fledged one-man dictatorship.

In 2016 there is still a desperate attempt to revive it through a handful of parties and student unions in India. Communism uses subterfuge, violence and aggressive agitations to push forward. It cleverly uses the clothes of utopia to dress a supremely dictatorial body.

It has fooled millions and millions of people and still rears its ugly head from time to time right in the middle of flourishing democracies like Arvind Kejriwal in New Delhi in 2013, Alexis Tsipras in Greece in 2015 and Bernie Sanders in America in 2016.

In the nineteenth century, it ruled the mind space of oppressed classes all over the world.

In the twentieth century, it ruled the mind space of governments all over the world.

In the twenty first century, it still rules the mind space of intelligentsia, liberals, seculars, academicians, universities, newspapers, magazines, TV channels and fringe political groups all over the world. These groups still hope and strive for total global domination.

It is quite befitting that the founder Karl Marx never worked an honest day in his life and sponged off the kindness of others and Capitalism and was a Grade 1 Fart and Hypocrite.

Communism is like a virus which no matter how many times you eradicate, still comes back as a new strain. Once you get infected, you become totally immune to its million and one contradictions and want to just outrage for 24X7 for all the good and bad things in this world.

The flag of Communism is held high by the likes of Sonia Gandhi (India), Jeremy Corbyn (England) and Kim Jong-un (North Korea).

Even Nobel Laureates like Amartya Sen who should understand economics better are severely infected with a Communist strain.

It is associated with the colour red because it leads to bloodshed wherever it goes. Hitler wasn’t the biggest mass murderer of the twenty first century, but Communist leaders Stalin and Mao were.

So it is quite common for worshippers of Mao and Stalin to call anyone they dislike a “Hitler”. Also goes by the name of Naxalism, Maoism and intellectualism in India.

Founded in 1848, it is yet to be eradicated 168 years after and continues with its onward march of destruction.

1. Powers of the Communist State for self, right in the middle of a flourishing democracy.

3. Right to rubbish the State of India beyond pukeworthiness and at the same time to claim all the benefits, privileges of the State and claim immunity under its very laws.

4. Right to abuse one particular religion at the same time demanding the death penalty for rubbishing all other religions.

6. Unlimited foreign air travel with right to curb even a fellow citizen’s car travel on the grounds of pollution control and Climate Change.

8. The right to contradict oneself 24X7 and virulently pointing any little contradiction in the opponent.

Ever since Sonia Gandhi entered the Indian scene, she has directly or indirectly been in a position of great power. Take a look…

1991-98: Every Prime Minister wary that Sonia directly or indirectly can topple him.

As you can see, it’s a continuous chain and for the first time it has been broken.

2004-16: Prime Minister not dependent on her and there isn’t even a Leader of Opposition in the Lok Sabha.

That’s why Parliament is being disrupted non-stop and Bills are not being passed so that the Prime Minister becomes dependent on Sonia and parity is restored.

That’s why the Supreme Court was approached for the Leader of the Opposition post even though there was a next to zero chance for success.Parity had to be restored.

The plan has been totally busted for it should have been…

Mission 2019 is reaching a desperation stage in 2016 itself.