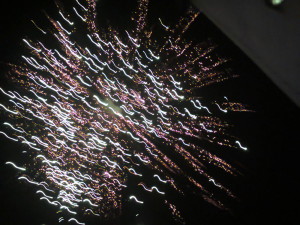 Indian parents move Supreme Court for Diwali cracker ban on behalf of babies.
What if babies grow up and decide to burst crackers wholesale?

Quote…
To be attacked by your enemies means you’re doing something right.
Corollary…
Everybody is right on Twitter.

The irony of Indian Communists screaming Fascist Hitler Modi is that all of them would have been jailed/executed had India indeed been a Communist country.

Smriti: I will make Swamy JNU VC.
Opposition: Anyone but Swamy!
Smriti: OK done! Now I can hire “anyone”.

Not only does India have Freedom of Speech, but it also has Great Freedom to Talk Great Shit.

When he makes charges against his opponents, they’ll say, “Oh! These are all Trumped up charges!”
‪#‎2016USPrezPolls‬

One should be “fair” in life.
Global definition: Free from bias, dishonesty, or injustice.
Indian definition: Of a light hue; not dark: pleasing in appearance; attractive: free from blemish, imperfection, or anything that impairs the appearance, quality, or character.

Next US President…
Bush the Third.
Clinton the Second.
Trump the First.
?

Mahagatbandhan…
Laloo and Mulayam were having a competition, “Who’s the worst CM?”
Nitish said, “Can I participate?”
Laloo said yes and Mulayam walked out in a huff.

If Somnath’s dog ate Indrani’s sandwich, it would become biggest story of 2015.

Pappu is a bowler who can bowl hundreds of balls.
Modi is a batsman who we declared out first ball.
Why is he still batting?
—Adarsh Liberals.

Trolls also get trolled as do trolls of trolls as on Twitter each and every account is a Troll according to at least one other account.

Janata Pari“War”…
SP & JDU-RJD fight before elections.
If they win, JDU & RJD will fight after elections.

The fall…
Sonia…
From controlling a Prime Minister to leaning on a corrupt former Chief Minister.
Pappu…
From future Prime Minister to wannabe Leader of Opposition.
Congress…
From Grand Old Party to Gone Ancient Party.